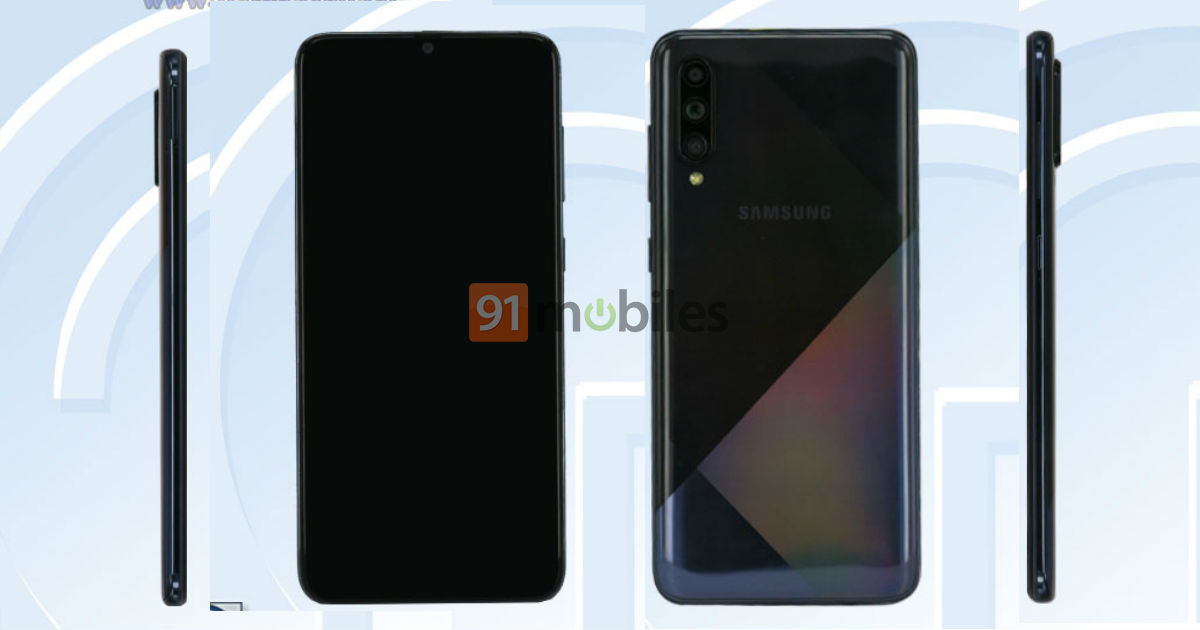 “The Galaxy A70s is the upcoming mid-range offering from Samsung, expected to be introduced later this week”

The Samsung Galaxy A70s smartphone’s images have surfaced via the same TENAA listing that revealed its specifications a few days ago. The upcoming mid-range offering, which is expected to be Samsung’s first 64MP camera phone, seems to have the same design as the latest Galaxy A50s smartphone. The back of the Galaxy A70s, as per the certification authority, will have a glass layer and gradient finish – which the company likes to call ‘prism cut’. The top-left corner of the phone has triple rear cameras vertically aligned with LED flash just below. There is no fingerprint scanner at the back, which means A70s – just like its predecessor Galaxy A70 – will have it on the front under the display.

The fascia of the phone, meanwhile, could come with an edge-to-edge screen with a small cut-out atop for selfie camera. Samsung may employ its Super AMOLED Infinity-U panel on the Galaxy A70s. While the left spine of the handset is clean as slate, the right edge has got a volume rocker and power button. The phone is likely to house a USB Type-C port along with speaker grill and 3.5mm headphone jack (we hope!) at the bottom.

Talking about the specifications, the Galaxy A70s will reportedly house Samsung’s ISOCELL Bright GW1 primary sensor with 64-megapixel resolution. The phone may come with a 6.7-inch display with Full-HD+ resolution and 4,400mAh battery – backed by fast charging support. Under the hood, the handset could employ Qualcomm Snapdragon 675 chipset paired with 6GB of RAM and 128GB user-expandable storage. Software-wise, the Galaxy A70s will most likely boot Android 9 Pie-based OneUI out of the box.

The Galaxy A70s price in India is said to be around Rs 32,990. While Samsung is yet to confirm the launch of the handset, reports are it could happen before the end of this month. That’s all the information we can divulge at the moment.