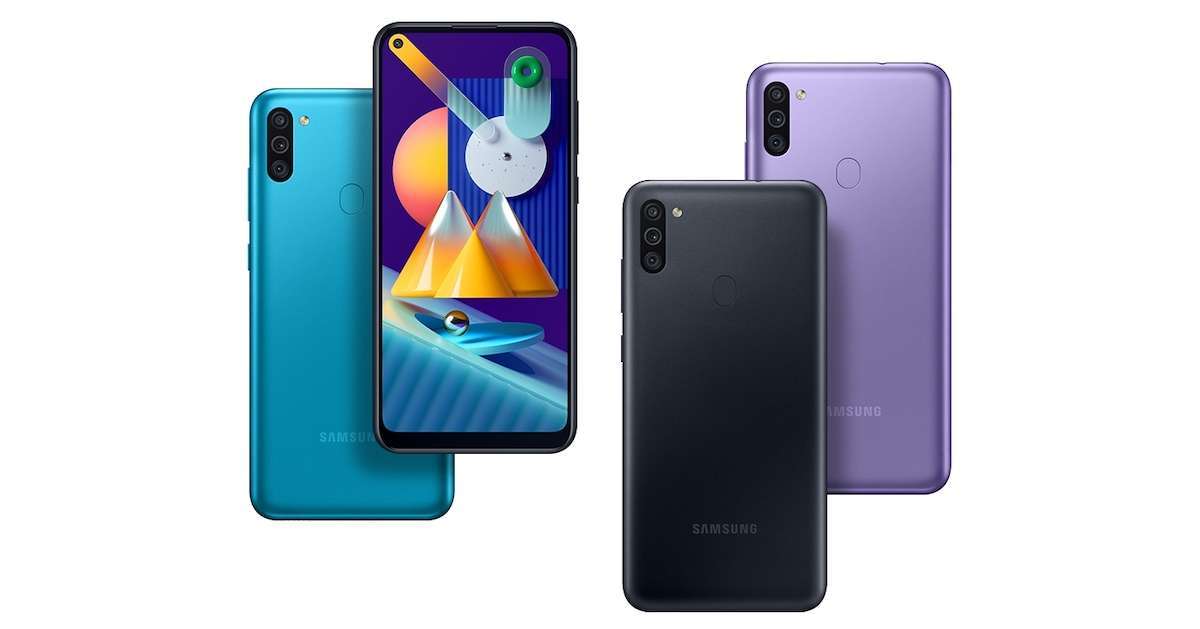 Samsung Galaxy M11 and Galaxy M01  were launched in India on Tuesday. The former is a sub-Rs 10,000 phone while the latter falls under Rs 15,000. The Samsung Galaxy M11, which was launched globally in March, touts specifications like a punch-hole display and a large 5,000mAh battery. The Galaxy M01 is a budget phone that comes with a waterdrop display and dual camera. Both the affordable Galaxy M-series smartphones will go on sale on Flipkart, Amazon, Samsung’s online store and offline stores across India. Here’s what you need to know about the Samsung Galaxy M11 and M01 India prices and specifications.

Both the affordable Samsung phones will go on sale on Samsung.com, Flipkart, Amazon India and across offline stores in the country starting today i.e June 2nd.

The Samsung Galaxy M11 features a 6.4-inch HD+ LCD Infinity-O display with a 1,560 x 720 pixels resolution and 19:5:9 aspect ratio. It is powered by the Snapdragon 450 SoC paired with 3GB and 4GB of RAM and 32GB and 64GB storage options. The phone supports storage expandability (up to 512GB) via a microSD card. The Galaxy M11 runs on Android 10 OS with One UI on top. Connectivity features include 4G LTE, Wi-Fi, Bluetooth 5.0, GPS and microUSB port.

In terms of optics, the Samsung Galaxy M11 features a triple-camera setup at the back consisting of a 13MP primary sensor, a 5MP ultra-wide-angle lens, and a 2MP depth sensor for portrait shots. There is an 8MP snapper on the front for selfies and video chats. It has a rear-mounted fingerprint sensor for security and Dolby Atmos. The handset houses a 5,000mAh battery and supports 15W fast charging.

The entry-level Samsung Galaxy M01 sports a 5.71-inch HD+ Infinity-V display with 720 X 1,560 pixels resolution, 19:9 aspect ratio and a waterdrop notch. It is powered by the Snapdragon 439 SoC coupled with 3GB RAM and 32GB storage that is further expandable via a microSD card (up to 512GB). The Samsung Galaxy M01 features a dual-camera setup with a 13MP primary sensor and a 2MP depth lens. On the front, it has a 5MP unit for selfies and video chats. There is no fingerprint sensor, instead, users will have to rely on face recognition for security. The phone houses a 4,000mAh battery and comes with Dolby Atmos technology.