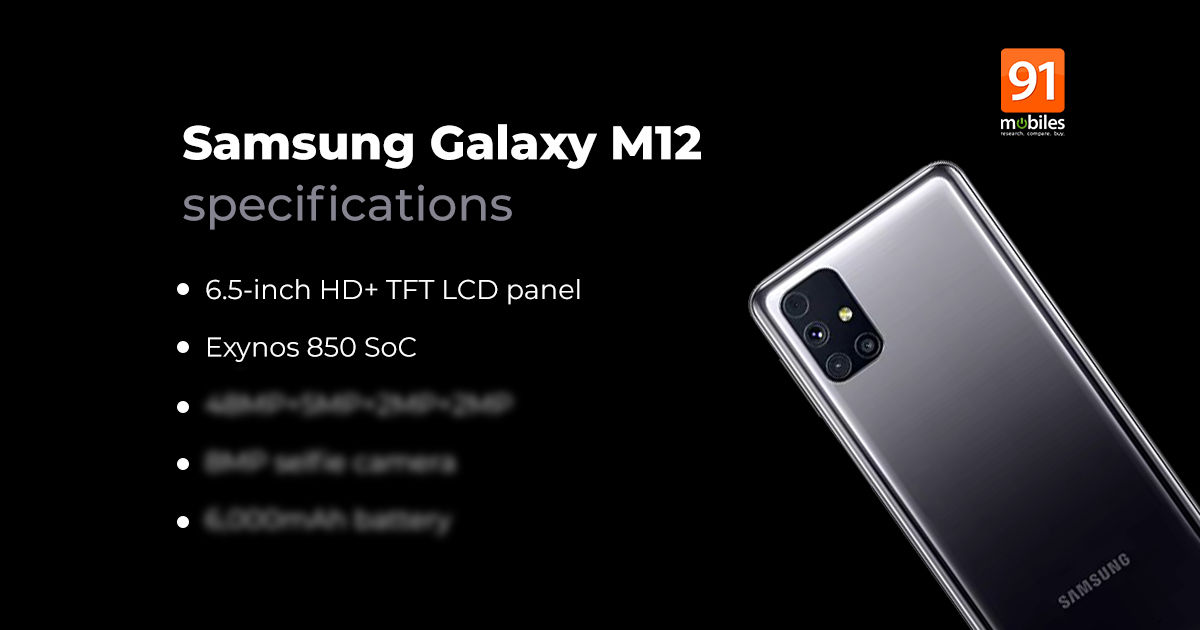 Samsung Galaxy M12 India launch seems to be around the corner as we exclusively revealed last month that the smartphone is in production in the country. We have now received some exclusive information from renowned industry insider Ishan Agarwal about an upcoming low-cost smartphone from Samsung. Based on its model number (Galaxy SM-M127/SM-F127), it is either the Galaxy M12 or Galaxy F12. At this point, it is hard to determine which phone it is exactly, as it bears the markings of both a Galaxy M and Galaxy F series smartphone. Ishan has also stated that Samsung is working on the Galaxy A82 5G, which is a likely successor to the Galaxy A80 launched in 2019. The smartphone is expected to make its debut in South Korea in the coming weeks.

The Samsung Galaxy M12 or Galaxy F12 is tipped to come with a 6.5-inch HD+ TFT LCD panel. It will run an Exynos 850 SoC paired with up to 6GB of LPDDR4 RAM and 128GB of eMMC 5.1 storage. Lower-specced variants with 3GB and 4GB and 32/64GB of storage will also be available. The storage can be expanded further via a micro SD card. Lastly, Galaxy M12 or Galaxy F12 is expected to run a 6,000mAh battery. It is unclear if it will support any form of fast charging at this point.

Moving on to the camera side of things, the Samsung Galaxy M12 or Galaxy F12 will come with a quad-camera array at the back. The primary 48MP sensor will be assisted by a 5MP ultra-wide-angle lens, a 2MP depth sensor, and a 2MP macro lens. An 8MP selfie camera rounds things off. The smartphone will also come with a fingerprint scanner, although the positioning on the phone is not known.