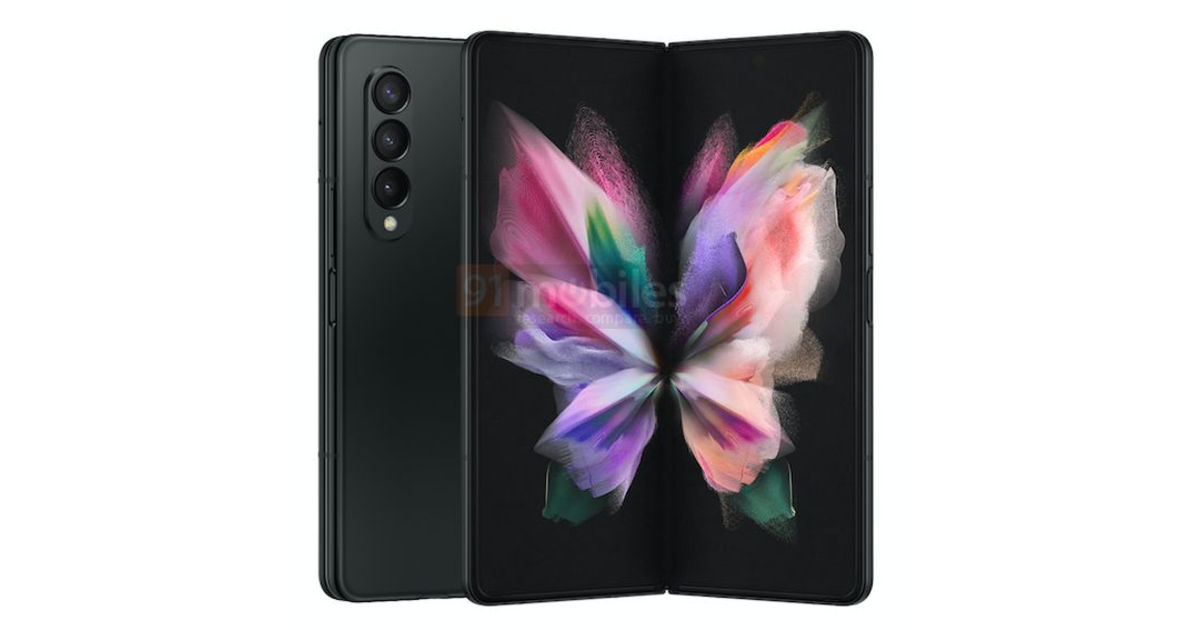 Over the past few weeks, we’ve seen the Samsung Galaxy Z Fold 3 in its entirety thanks to our exclsuive renders. Key specifications of the foldable have also surfaced online, telling us pretty much everything we need to know about it. Now, a new Geekbench listing (via MySmartPrice) confirms that the Galaxy Z Fold 3 will ship with the Qualcomm Snapdragon 888 chipset, contrary to previous reports which prophesised that the foldable that would run the upcoming Snapdragon 888+. It also sheds light on other key Galaxy Z Fold 3 specs, such as its memory and software. 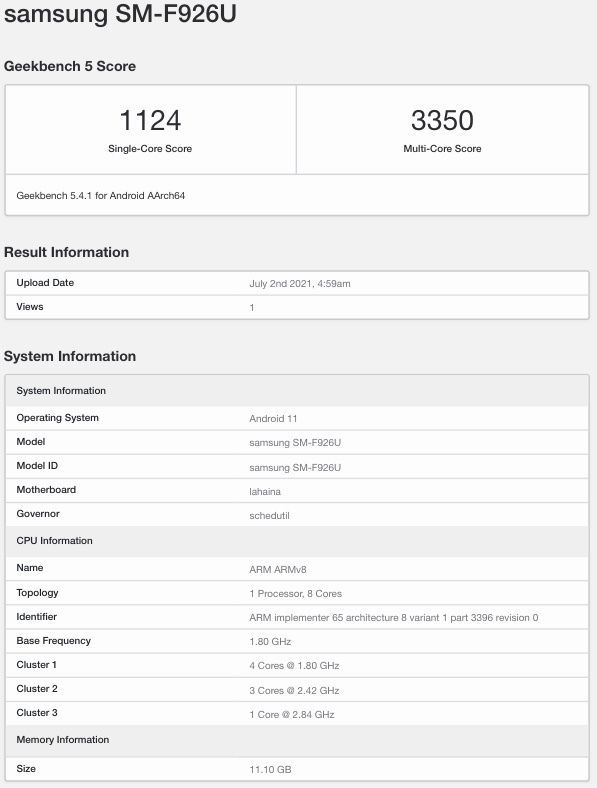 As seen above, the Galaxy Z Fold 3 gets a single-core score of 1,124 and a multi-core score of 3,350, which sits in line with the scores of other Snapdragon 888 powered smartphones out there. This particular variant runs Android 11 out of the box and features 12GB of RAM. Rumour has it that there is a 16GB RAM variant of the foldable in the works, too, presumably with 512GB of internal storage.

Previous reports told us that the Galaxy Z Fold 3 will pack a 6.2-inch FHD+ AMOLED panel as the outer screen. The foldable screen will use a 7.5-inch flexible AMOLED panel made of UTG (ultra-thin-glass). Both screens will refresh at 120Hz and support HDR10+. S Pen support is said to be included, too.