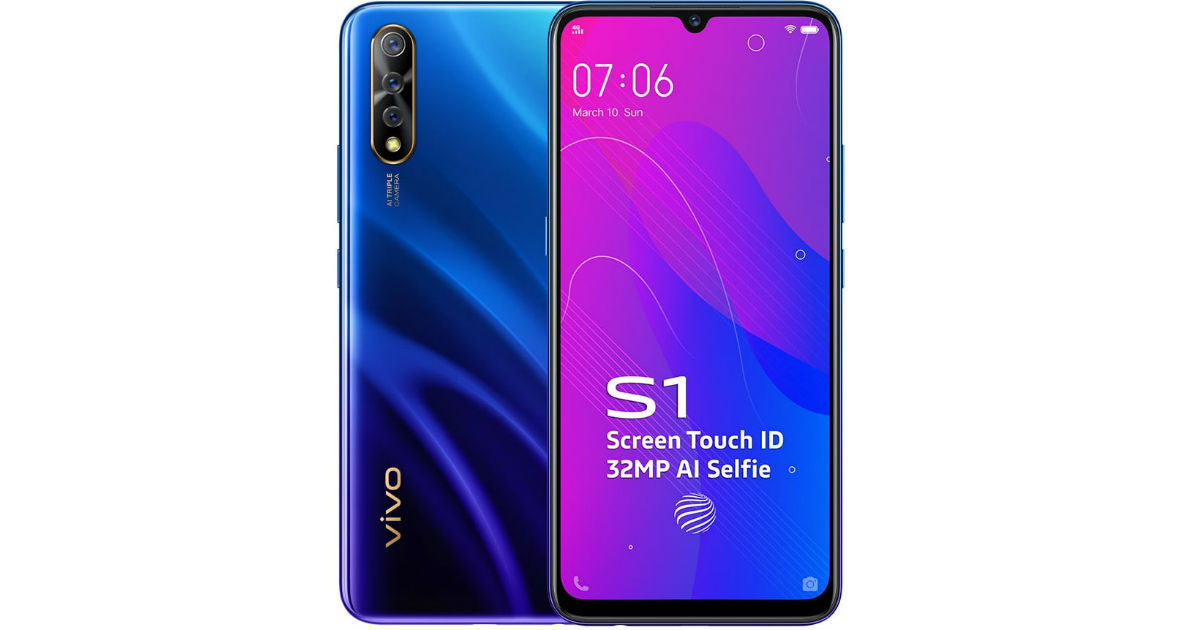 Vivo S1 that was leaked a few days ago has officially been launched in Indonesia. The new Vivo S1 has become the first smartphone in the world to rock MediaTek’s new mid-range chipset, the octa-core Helio P65 SoC based on the 12nm process. The phone also boasts an in-display fingerprint scanner, triple rear cameras, and gradient finish design to give it a premium look. Other highlights of the Vivo S1 include a Halo-notch display, AMOLED panel, impressive selfie camera, and a beefy battery. To recall, we had reported that the company will be launching the handset soon in India, likely in August.

The Vivo S1 has been priced at IDR 35,99,000 Indonesian, which roughly translates to Rs 17,725 in Indian currency, for the 4GB RAM and 128GB storage variant. The handset comes in Cosmic Green and Skyline Blue colour options and is available for pre-order in Indonesia. It had been previously reported that the Vivo S1 price in India will be under Rs Rs 20,000 for the 4GB + 128GB option.

The Vivo S1 packs a 6.38-inch Super AMOLED display that bears Full HD+ (1,080 x 2,340) resolution and in-display fingerprint scanner. The screen looks truly bezel-less with a ‘Halo’ notch atop the display that houses the selfie camera. At its core lies Helio P65 SoC that supports Mali-G52 2EEMC2 GPU with a maximum frequency of 820MHz. The mobile platform is paired with 4GB of RAM and 128GB storage, which is further expandable up to 256GB using a microSD card. Software-wise, the Vivo S1 boots FunTouch OS 9 with Android 9 Pie out of the box.