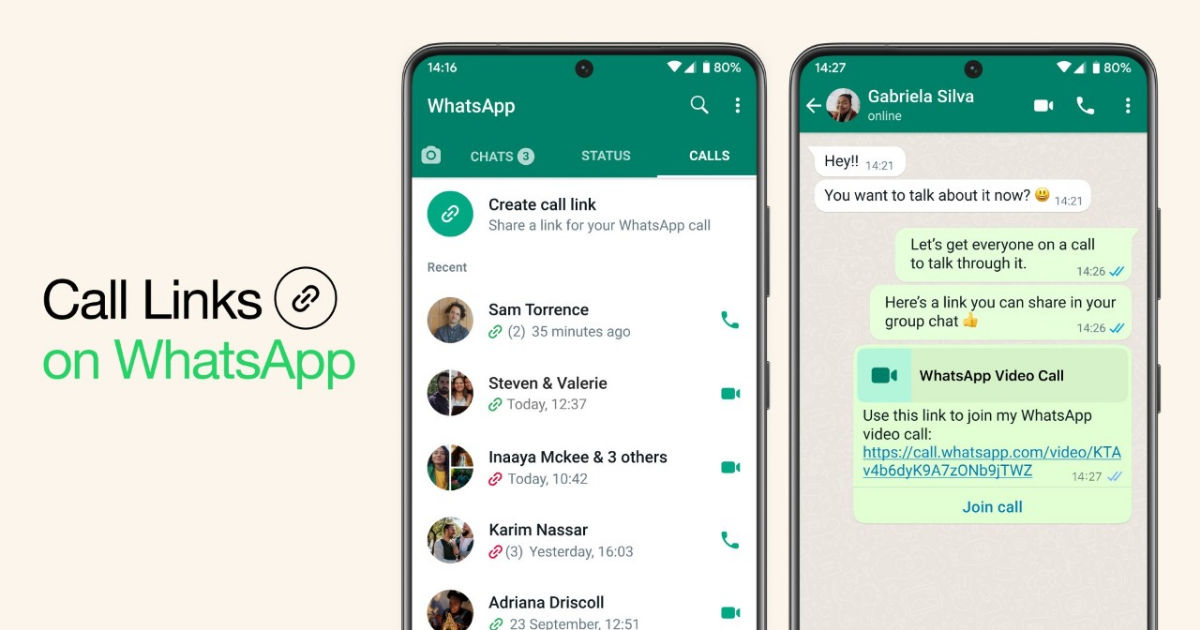 WhatsApp, the instant messaging app from Meta is one of the most common app for people’s day-to-day communication. Now, WhatsApp is making it easier for users to invite people for audio or video calls by just sending a link for the call, similar to what we have seen in video conferencing apps like Google Meet or Zoom. The feature, called Call Links, will start to roll out to users this week across the globe. Let’s take a look at how Call Links will work on WhatsApp.

The feature is pretty self-explanatory. Like video conferencing apps like Google Meet and Zoom, WhatsApp will also give you a link for voice and video calls which you can share with your friends. Call Links will allow you to send a link to initiate an audio or video call or to join an ongoing call. You can also send Call Links to people who are not in your contacts.

Call Links feature on WhatsApp was announced by WhatsApp head Will Cathcart, who said that the feature will start rolling out to all users this week. “Excited to introduce Call Links on @WhatsApp so you can easily start or join a call using just a link. Available for both audio and video calls starting this week,” Cathcart said in his Tweet.

📞 Excited to introduce Call Links on @WhatsApp so you can easily start or join a call using just a link. Available for both audio and video calls starting this week. pic.twitter.com/SfSJMlMYEm

Last week, the Meta-owned instant messaging app was said to be working on a feature that will allow users to edit messages after sending them. In a report from WABetaInfo, WhatsApp’s Android beta was found to have the feature, which is reportedly in very early stages of development. The report shared a screenshot of the feature, hinting at how it may work.

WhatsApp is also reportedly working on a feature that will allow you to send messages to yourself. WhatsApp is currently working on building the feature on the beta version but claims that it will be made available to all users of both Android and iOS versions.