Update: Airtel 5G launch in India is “within a matter of months”. The telco successfully conducted a 5G field test in Hyderabad over a commercial network last month using a sub-6GHz NSA (non-standalone) network operating on the 1,800MHz band for the 5G test. Airtel claims that its 5G network is capable of delivering 10x speeds, 10x latency, and 100x concurrency when compared to existing technologies. The network managed to hit peak speeds of 3Gbps, which three times faster than Jio’s 5G trial, allowing users to download a full-length movie in a matter of seconds.

5G launch in India is highly-anticipated as the country waits for the fifth-generation network to bring faster-than-ever connectivity. Jio, Airtel, and Vi all have been working towards making the network that can virtually connect everyone and everything together including machines, objects, and devices such as 5G-capable smartphones a reality in the country. Higher multi-Gbps speeds, lower latency, and more reliability compared to the previous-generation mobile networks are some of the benefits of the 5G. The network also presents use cases against AR/VR, AI, and high-speed broadband, among others to users. Countries like the US, South Korea, Europe, and China have already raced ahead in 5G deployments. Will India join the bandwagon of 5G countries in 2021? Read on to find out

Here are some of the benefits of 5G

Read more: 5 ways telecom industry will change in India in 2021

When will 5G launch in India?

The answer to this question is a little tricky. While Jio is slated to launch 5G in India later this year, Airtel believes it may take anywhere between two to three years for the domestic telecom market to mature enough for 5G services. Additionally, the government hasn’t announced the sale of 5G spectrum in India yet.

The 5G frequency bands are currently unavailable in India. Telecom Regulatory Authority of India (TRAI) is hosting 700 MHz to 2,500 MHz auctions in March 2021, but that would be inadequate and adversely impact the 5G rollout in the country, as per Indian telecom operators. The telcos recommend the spectrum sale of 3,300-3,600MHz, which is envisaged for the 5G network. 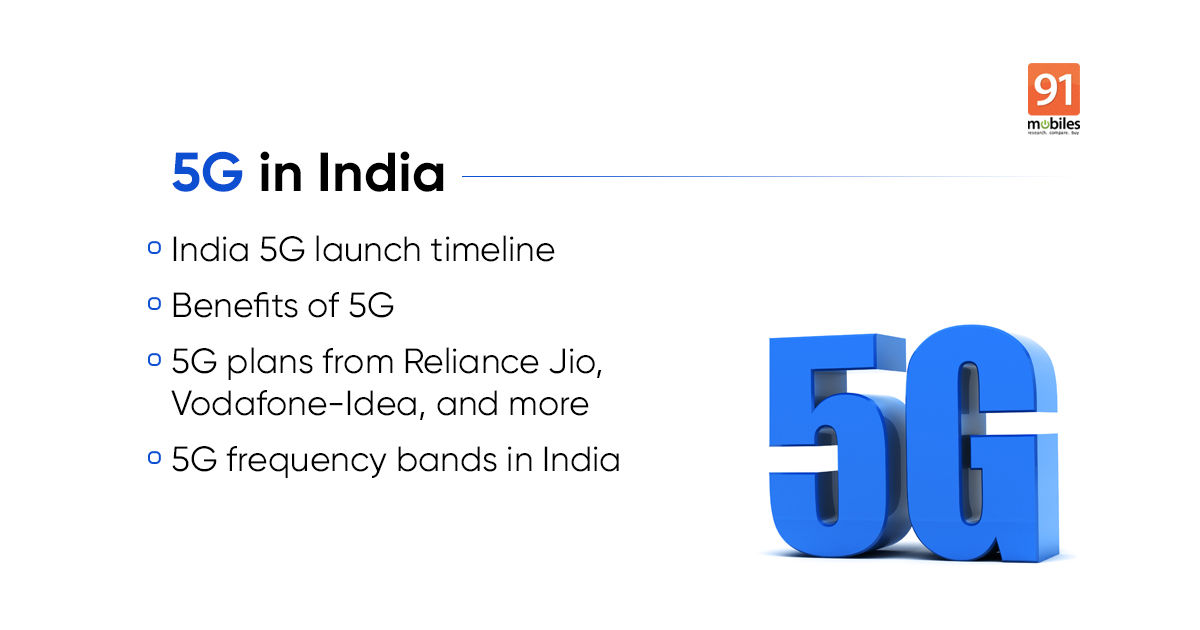 Jio will pioneer the 5G network revolution in India. The company’s chairman Mukesh Ambani has announced that it’ll take the lead on the network in the country by launching 5G in the second half of 2021. Jio claims that it’ll easily upgrade to 5G network from 4G, owing to the telco’s converged network infrastructure. Jio’s 5G will be powered by the indigenously developed network, hardware and technology components, Ambani added. It’s believed that the telco may buy 700MHz in the upcoming auction to fulfil its 5G ambitions, unless the government announced the auction of 3300-3600MHz, which is globally popular for 5G deployments at the moment, before March 2021. Jio is also slated to launch.

Read more: Jio 5G network launching in 2021: What to expect

Airtel is yet to reveal its plans to launch 5G in the country. The company believes that the next generation of mobile technology needs more time to be rolled out across the country. As per Airtel chief executive Gopal Vittal, the 5G ecosystem in the country is underdeveloped right now and that spectrum is expensive. “The fundamental issue with 5G is spectrum cost, which is way over the top,” he added.

That said, the telco is 5G-ready. Airtel announced the deployment of India’s first state-of-the-art Massive Multiple-Input Multiple-Output (MIMO) technology, which is a key enabler for 5G networks, in 2017. The company has already deployed the technology in Bangalore, Kolkata, and several other regions in the country.

Vi aka Vodafone Idea is all set to roll out 5G in India as soon as the spectrum is made available through auction. The company has upgraded its 4G network with 5G architecture and other technologies like dynamic spectrum refarming (DSR) and MIMO. “Our network is very much 5G-ready. When the 5G auction takes place, we will be able to launch 5G. However, there is a need to develop India 5G use cases. India is unique and some global use cases might not be relevant,” Vodafone Idea MD and CEO Ravinder Takkar said during the AGM meeting last year. The telco has also proposed 5G trials with multiple vendors, including Huawei and Ericsson.

State-owned telco BSNL’s 5G plans remain a mystery at the moment. The company did announce back in 2019 that it’ll come up with a novel 5G corridor in Delhi, but there hasn’t been any update on the matter since then. The corridor would showcase the possible use of new technology with the optimum data speeds at 5G levels, BSNL Chairman Anupama Shrivastava told ETT then, adding that the telco is also putting up an in-house test centre.