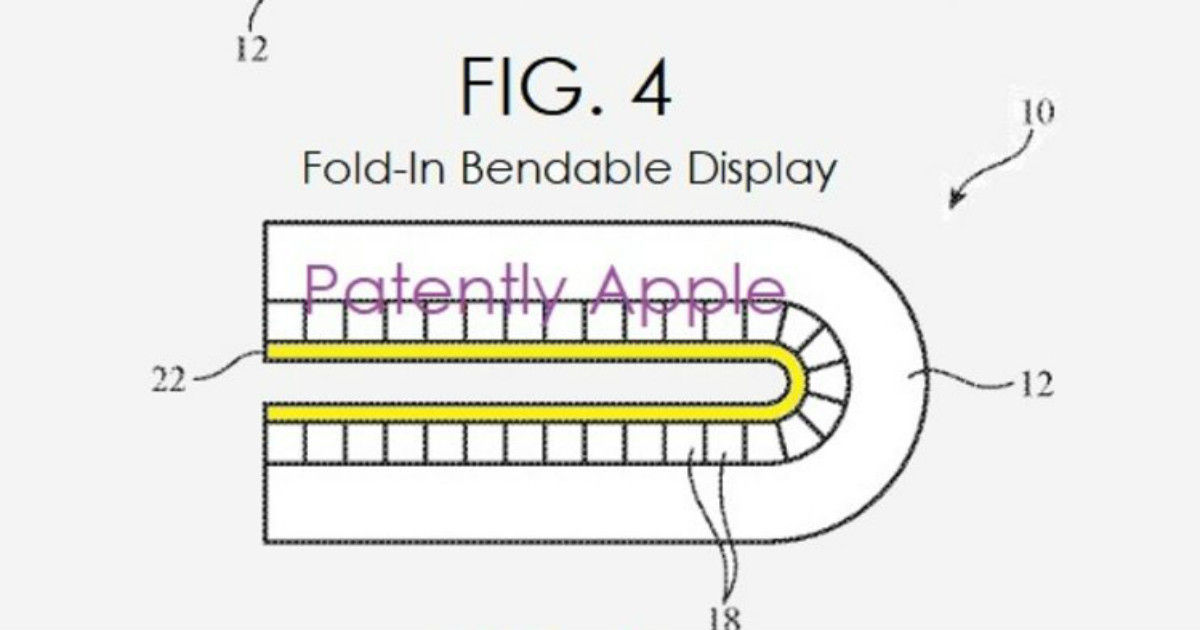 “As Samsung’s foldable phone launch draws closer, Apple appears to be working on an OLED-based iPhone that folds both ways”

Apple has been granted a new patent for the implementation of a foldable display by the United States Patent and Trademark Office (USPTO). The news about the patent comes amid Samsung and Huawei’s attempts at making foldable phones a reality. However, Apple’s patent suggests a slightly different form of implementation, with the patent sketches hinting at a device that seems to be able to fold both inward and outward. 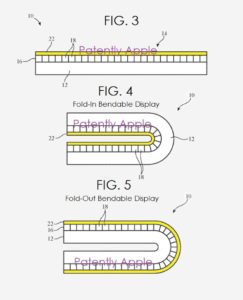 The patent, first spotted by Patently Apple, shows the use of an OLED display panel, which is not a surprise considering Apple has switched from LCD panels towards OLED with its latest iPhone X, iPhone XS, and iPhone XS Max. The key, however, is in making the OLED panel durable and flexible enough to sustain multiple repeated bends either way, without cracking or sustaining other damages.

The patent application reveals the use of a proprietary coating invented by Apple that uses pigment flakes in combination with a polymer. This coating can be applied to the display panels by dipping them, spraying with the coating, or even advanced printing techniques. Once applied, the patent states that the coating will become a protective surface that can survive multiple-way bends without sustaining damages very easily.

This can be an important factor to consider, since Samsung has not managed to resolve the plight of two-way bending displays on phones. There have been repeated speculations pertaining to Apple making an iPhone with a bendable display. However, its utility is yet to be discerned. While foldable displays do seem to be a novel bit of technology, it remains to be seen how they adds to the functionality of a product. Samsung has suggested that its foldable smartphone can open up into a tablet-like form factor.

That said, it remains to be seen if having a susceptible element as a folding display ends up affecting the durability of a device. Samsung’s first foldable smartphone is expected to be uber-expensive, and launch early next year. With Apple not rumoured to be working on a foldable yet, we do not expect to see a foldable iPhone any time soon.