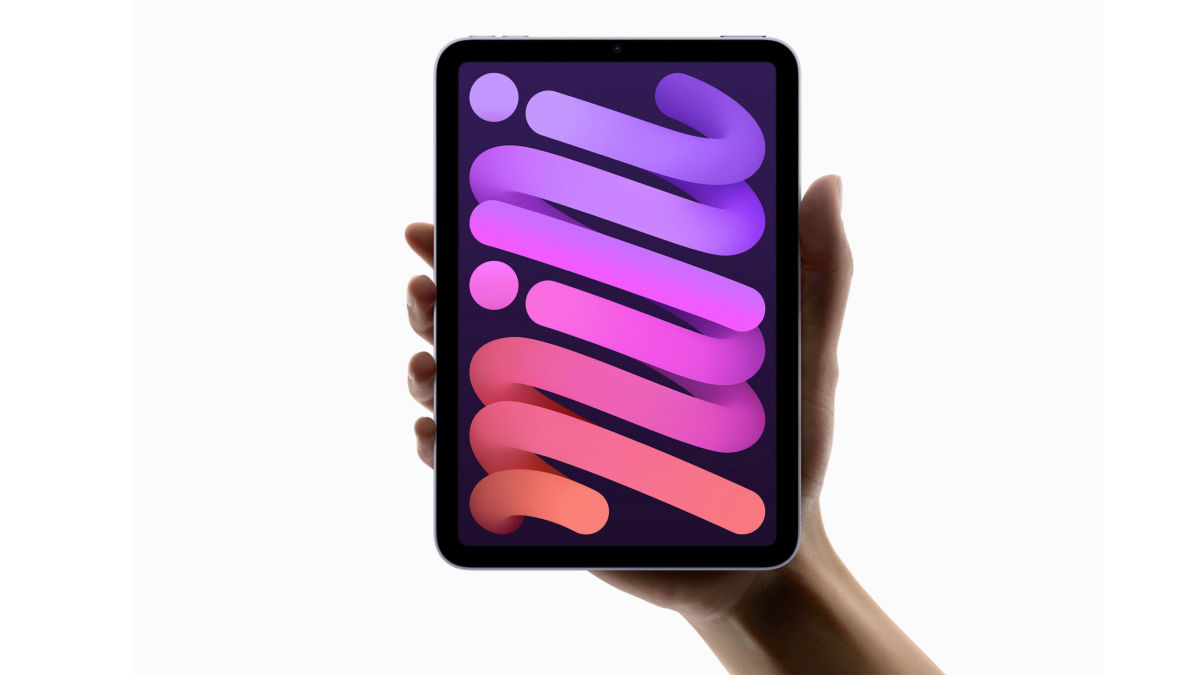 There have been reports in recent weeks about new Apple devices, including the iPhone 15 lineup, the new iPad series as well as a possible foldable iPhone. South Korean media, The Elec reported that Apple may discontinue the iPad mini in a move to accommodate the alleged foldable iPad. Furthermore, it is said that Apple will cut off the iPad Mini product line in 2025 and launch a folding iPad. Now, noted analyst Ming-Chi Kuo said that the reports are baseless and that the Cupertino giant will not substitute both products because of the sharp contrast between them.

Although Kuo says that Apple should launch a foldable but it will not replace any iPad model mainly because the price of the folding iPad will be way higher than that of the iPad Mini. Hence the reports don’t really make any sense as they’re targeting different price points. 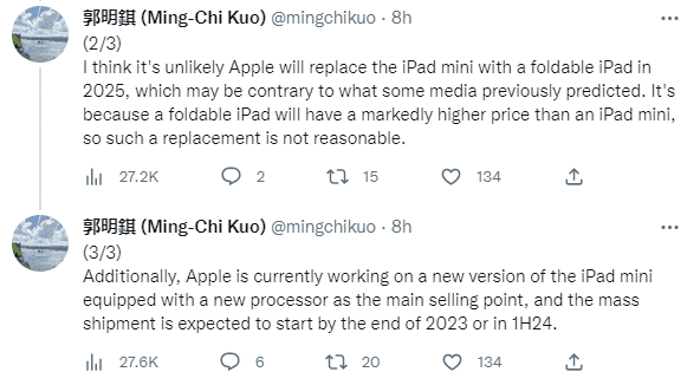 According to Ming-Chi, Apple at the moment is working on a new iPad Mini and the main selling point of this would be the new processor. From market projections, the new iPad Mini will start shipments by the end of 2023 or the first half of 2024. To recall, the latest iPad Mini 6 was launched back in September 2021 at a starting price of Rs 46,900.

This Apple Watch Ultra lookalike in India costs only Rs 2,499

Amazon sends dog food instead of Apple laptop that's worth around Rs 1.2 lakhs

Apple could launch the largest MacBook Air till date in 2023

As for the foldable is concerned, according to earlier reports, Apple will work with two major South Korean brands, Samsung and LG to develop a 20.25-inch foldable OLED panel. However, more details about the foldable product or the hardware are under wraps, for now. The foldable iPad could have a form factor that is close to MacBook when the screen is unfolded to a complete 20.25-inch. When folded, the screen size could be around 15.3 inches.

A folding iPad could be followed by a foldable MacBook device at some point in the future. Reports suggest that Apple is developing a foldable digital product internally and aims to release it in 2025, which probably could be a year after Apple launched its first OLED iPad in 2024.