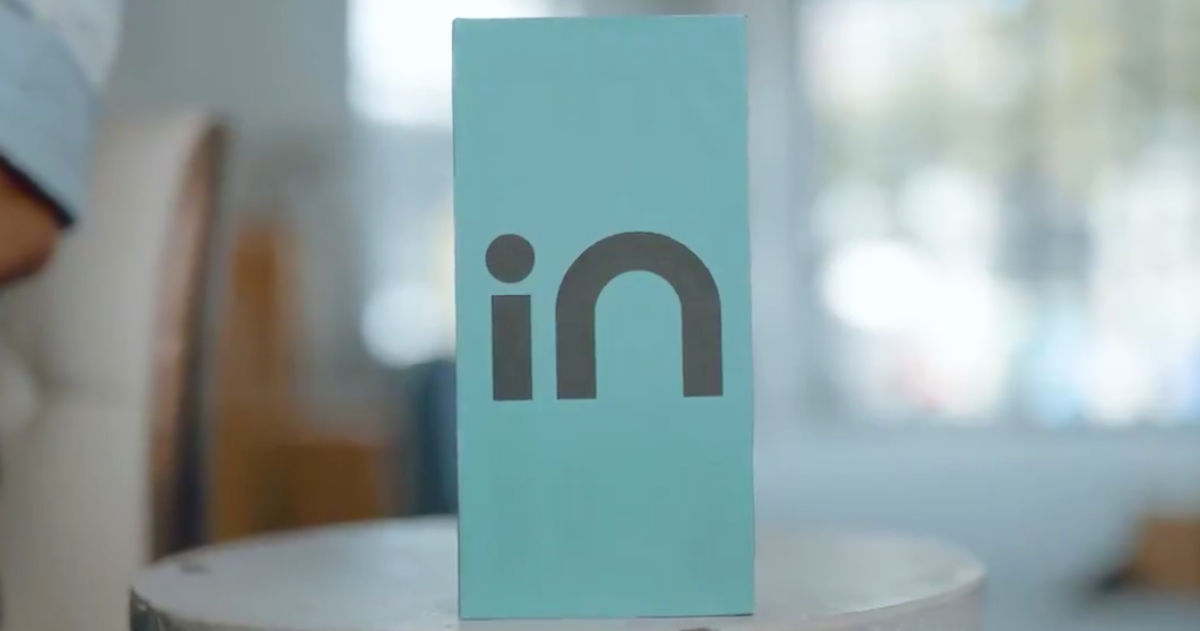 Micromax IN 2C spotted on Geekbench

The Micromax IN 2C listing on Geekbench reveals that the smartphone runs on Unisoc T-610 chipset. It has two Cortex-A75 CPU cores clocked at 1.8GHz, six Cortex-A55 CPU cores clocked at 1.8GHz, and Mali-G52 GPU. According to the benchmark listing, the phone has 4GB RAM and the Android 11 operating system. The Micromax IN 2C has scored 347 points in the single-core test and 1,127 points in the multi-core in Geekbench 5.4.1. 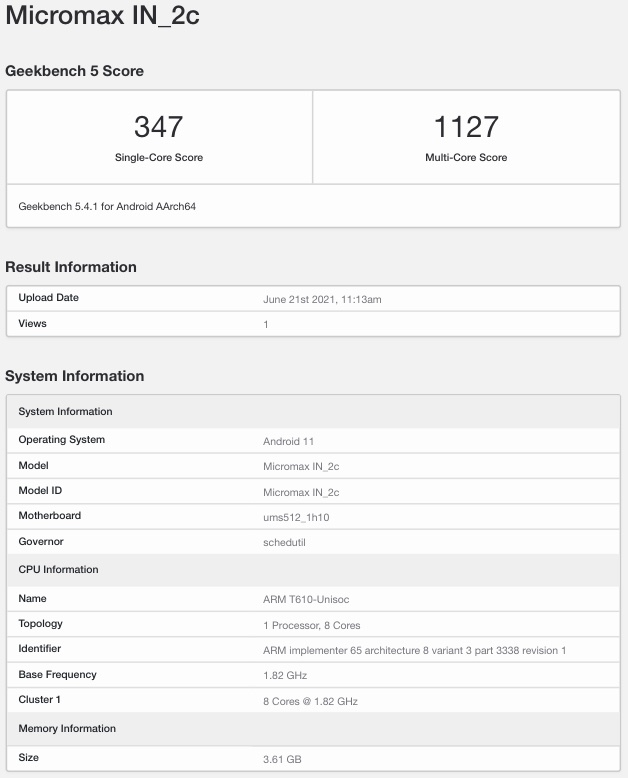