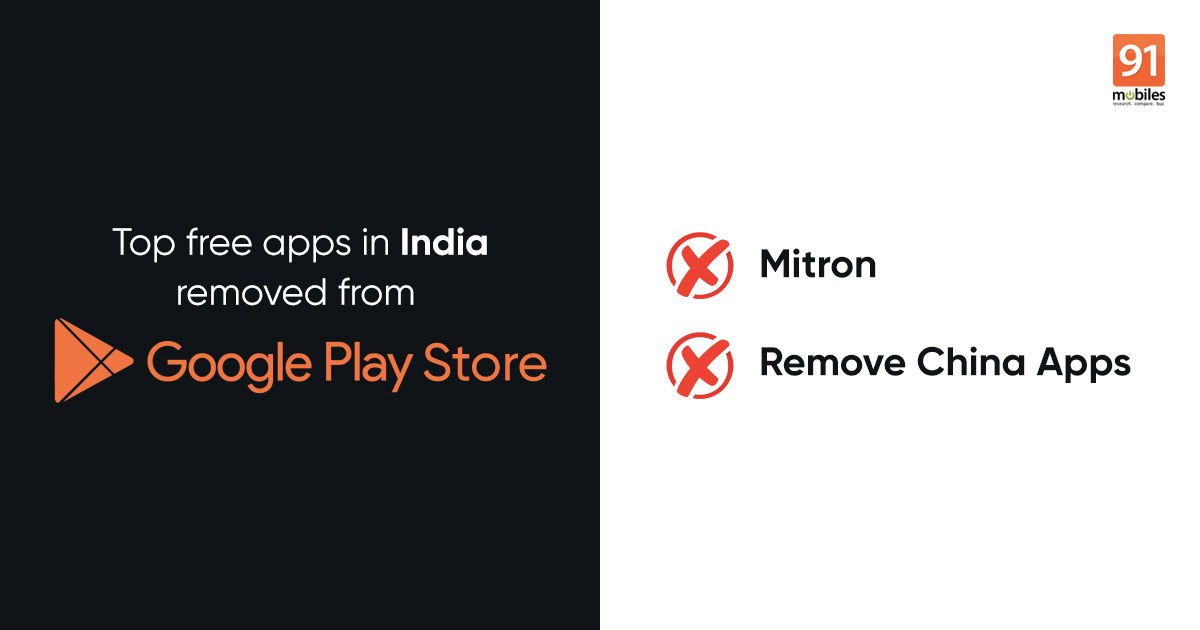 Google has removed ‘Mitron’ and ‘Remove China Apps’ apps from the Google Play Store in India. Both the apps were pulled from the Play Store on Tuesday and are not available for download right now. Mitron, to recall, has been trending over the past few days as it was seen as a rival to TikTok. The app was rated highly on the Google Play Store and had over 5 million downloads before it was taken down.

Meanwhile, the ‘Remove China Apps’ has also been trending due to the growing anti-China sentiment in India. The app essentially detects all China-based apps in your phone so that you can easily uninstall them. Jaipur-based OneTouchAppLabs, which developed the ‘Remove China Apps’ application announced on Twitter that the app had been pulled from the Google Play Store. The app had also crossed 5 million downloads before being pulled.

Google has suspended our #RemoveChinaApps from google play store.
Thank you all for your support in past 2 weeks.
“You Are Awesome”

Why have Mitron and Remove China Apps been removed from Google Play Store?

Both Mitron and ‘Remove China Apps’ applications have been pulled by Google as they seemingly violate Play Store policies. As per a CNBCTV18 report, Mitron app was “red-flagged” by Google and was suspended for for “violating its ‘spam and minimum functionality’ policy.” It also seems the app was removed as it showed ‘repetitive content’, which means “copying content from other apps without adding any original content or value’ amounts to a violation.”

As for the ‘Remove China Apps’, TechCrunch reports that the app was pulled for violating Google Play Store’s Deceptive Behaviour Policy. As per this policy,”an app on Google Play Store cannot make changes to a user’s device settings, or features outside of the app without the user’s knowledge and consent.” Additionally, an app cannot encourage or incentivise users into removing third-party apps. We do not if these apps will be back on the Play Store again, but we will be tracking this story and report on any new developments.

Mitron app explained: what is it, what do reviews say, how to download, and more