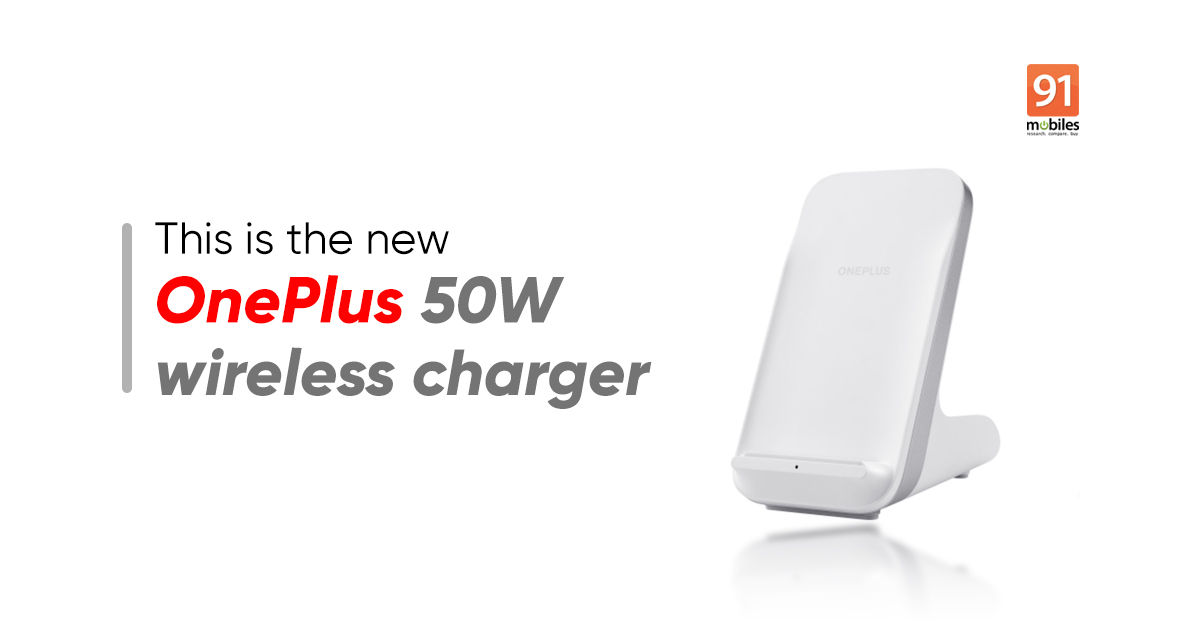 OnePlus 9 Pro is confirmed to come with 50W wireless charging support and 65W Warp Charge wired charging. Now, the OnePlus Warp Charge 50W Wireless Charger has appeared on Wireless Power Consortium with model number C302A, as spotted by Mukul Sharma. The listing also includes a render of the charger with the OnePlus logo and the design looks similar to the 30W wireless charger. In a forum post, the company had revealed the new wireless charging solution will bridge the gap between wireless and wired charging. The 50W wireless charger is claimed to charge the OnePlus 9 Pro battery from 1 percent to 100 percent in just 43 minutes. It does this by charging the phone’s dual-cell batteries at 25W output each. 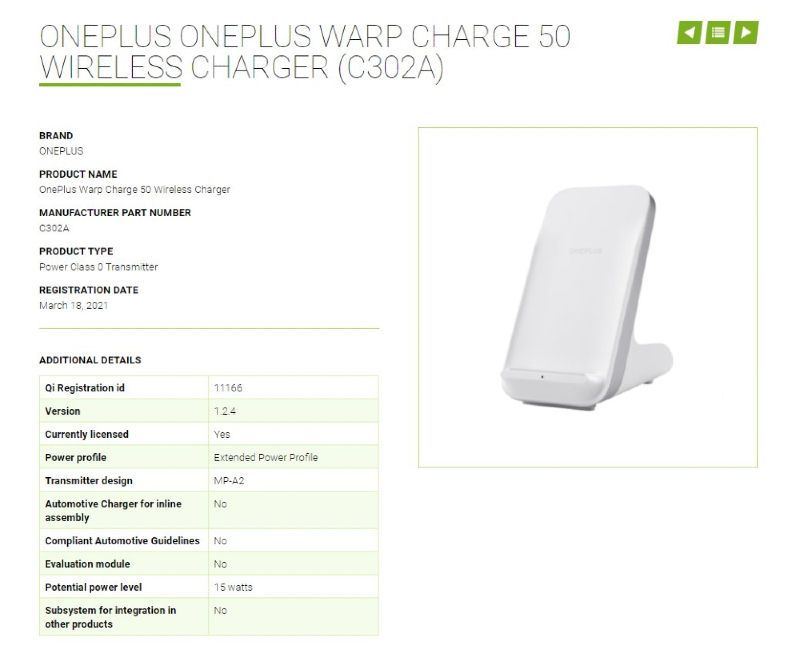 OnePlus 9 Pro will use a customised battery cell to produce less heat while charging. The wireless charger will come with two coils, one on the top and one on the bottom. OnePlus says that it will enable users to charge the phone vertically or horizontally. It also supports a detachable cable, meaning you can use a cable that comes bundled with the OnePlus 9 series. As for the Warp Charge 65T wired charging solution, the flagships will use the same dual-cell battery charging at 32.5W each similar to the OnePlus 8T but will produce less heat. This also allows the OnePlus 9 series to charge a higher output. OnePlus 9 will only take 29 minutes to charge fully.

OnePlus 9 and OnePlus 9 Pro are already confirmed to be powered by the Qualcomm Snapdragon 888 chipset. The Pro model will come with a QHD+ LTPO screen with a smart 120Hz refresh rate and 1300 nits brightness. The phones will be equipped with Hasselblad-branded cameras. The OnePlus 9 series India launch is set for March 23rd and the phones will be accompanied by the OnePlus Watch.