Home News PS5 India restock update: When is next pre-order date, how to book... 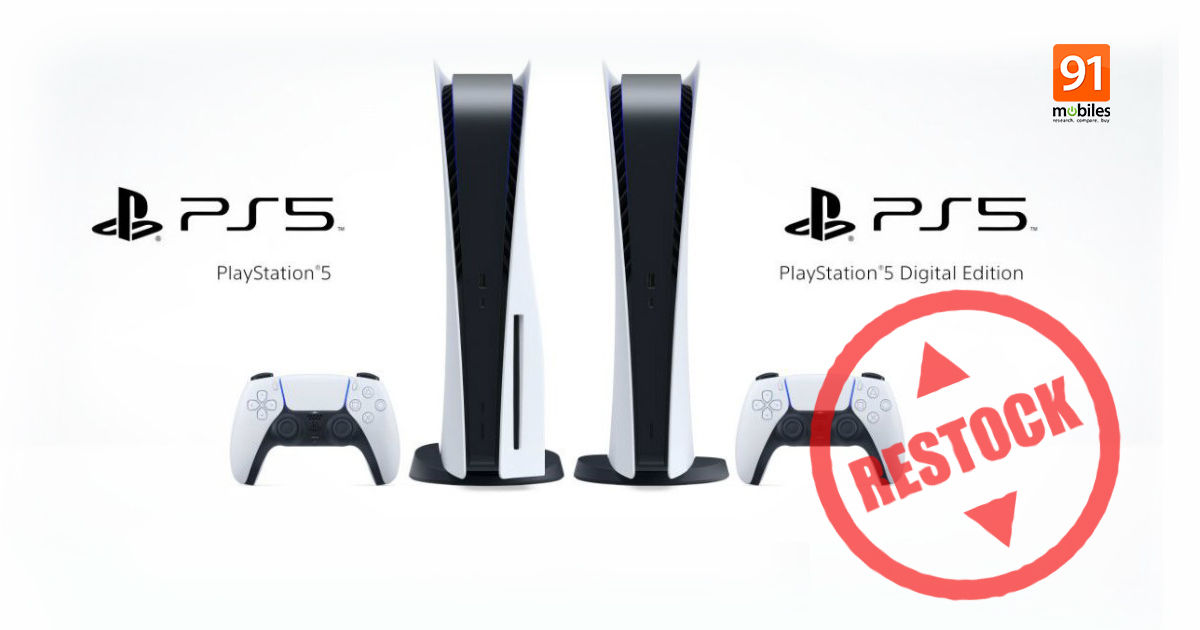 PS5 India restock update: PS5 restocks in India have been coming in more frequently now after a rocky start. PS5 went on pre-orders in June and July and you can expect a fresh batch of consoles in August 2021 as well. While many e-commerce platforms like Amazon, Flipkart, ShopAtSC, Croma, and Vijay Sales have been taking PS5 pre-booking, some have had to cancel orders due to overbooking. PS5 pre-orders in India barely last a few minutes, likely due to a shortage of units coming in India. So, when is the next PS5 pre-order date? How to book PS5? Where to buy PS5? Read on for the answers.

According to Sony, those who were expecting to get their hands on the PS5 will face a similar shortage through 2022.

When is PS5 restocking in India?

August 12th update: PS5 India restock is expected in August 2021. Sony is yet to announce the next PS5 sale date in India, but we expect it to be anytime soon.

July 8th update: The next PS5 pre booking in India is on July 12th, Vijay Sales has confirmed. The e-commerce website will have both the Digital Edition and disk version available during the restock.

June 21st update: PS5 India restock is scheduled for June 23rd, Sony’s retail arm ShopAtSC announced. Potential buyers will be able to pre-book the gaming console via the leading retail outlets/ e-stores across the country. Much like the previous sales, the PS5 restock pre-order time is 12 pm.

This is in line with previous reports. It’s said that the upcoming PS5 restock in India will have one and a half or two times more units on offer compared to its first sale which reportedly had only around 4,000 units. Additionally, IGN India reports that Sony is readying to make PS5 DualSense Midnight Black and Cosmic Red variants available in India as early as July. Pricing of these variants has not finalised yet, but Sony is allegedly considering a Rs 500 premium for the Cosmic Red version, while the Midnight Black option could have the same price as the standard white DualSense controller, which is Rs 5,990.

How to buy PS5 in India

Sony PlayStation 5 aka PS5 is available in India across leading retail stores. You can head over to the nearby authorised Sony retail store to buy the gaming console. Additionally, you can also order Sony PS5 online via ShopAtSC that offers free home delivery from the nearest Sony Center and Amazon.in, Flipkart, Croma e-store, Vijay Sales e-store, Reliance Digital, and dedicated games store such as Games The Shop and Prepaid Gamer Card. However, it’s subject to availability. 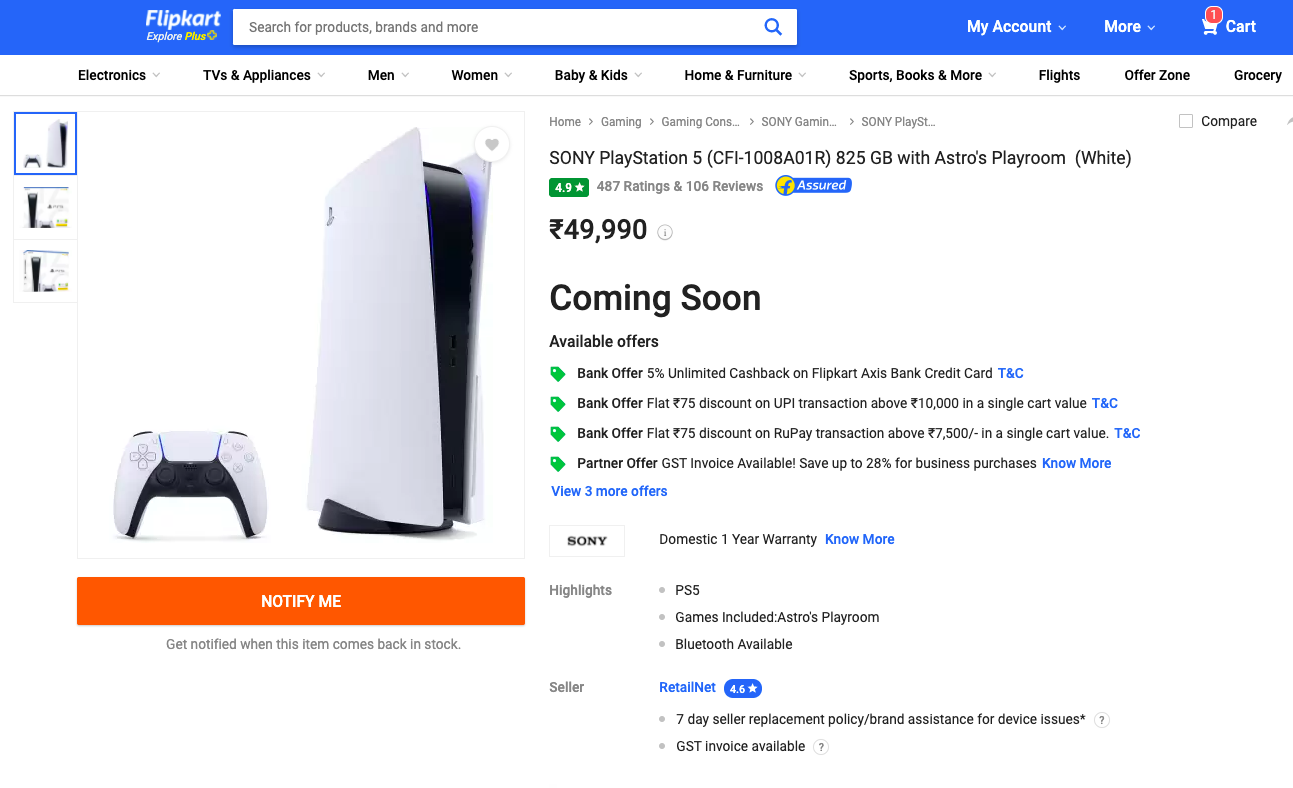 If it’s out of stock, the PlayStation 5 listings on the e-commerce platforms will show either ‘Coming Soon’ or ‘Currently unavailable’. The PS5 restock in India is usually announced by Sony. The previous restock, to recall, happened on May 27th. It disappeared within seconds and the pre-ordered consoles will start shipping to customers from June 7th.

How to pre order PS5 in India

Once the new batch of PS5 units are restocked in India, you can pre-order it online via

Pretty much every aforementioned platform asks you to create an account to pre-book PS5 in India. We would advise you to do that in advance. Additionally, add payment details so that you can save some valuable time while oredering the PlayStation 5 when it’s in stock.

PS5 has been priced in India at Rs 39,990 for the Digital Edition with no disc drive, while the standard edition costs Rs 49,990. The specifications of both editions remain pretty much the same. The PS5 comes with some major improvements over its predecessor, including a custom eight-core AMD Zen 2 CPU clocked at 3.5GHz (variable frequency) and a custom GPU based on AMD’s RDNA 2 architecture hardware that promises 10.28 teraflops and 36 compute units clocked at 2.23GHz. The console also comes with 16GB of GDDR6 RAM and a custom 825GB SSD. Additionally, the PlayStation 5 touts a new design, DualSense controller, and a simpler UI.

Keep watching the space for the next PS5 India restock details. Also, check out more news about the PS5 as well as other popular products on our Facebook, Twitter, and Instagram pages and head to our YouTube channel for the latest videos.