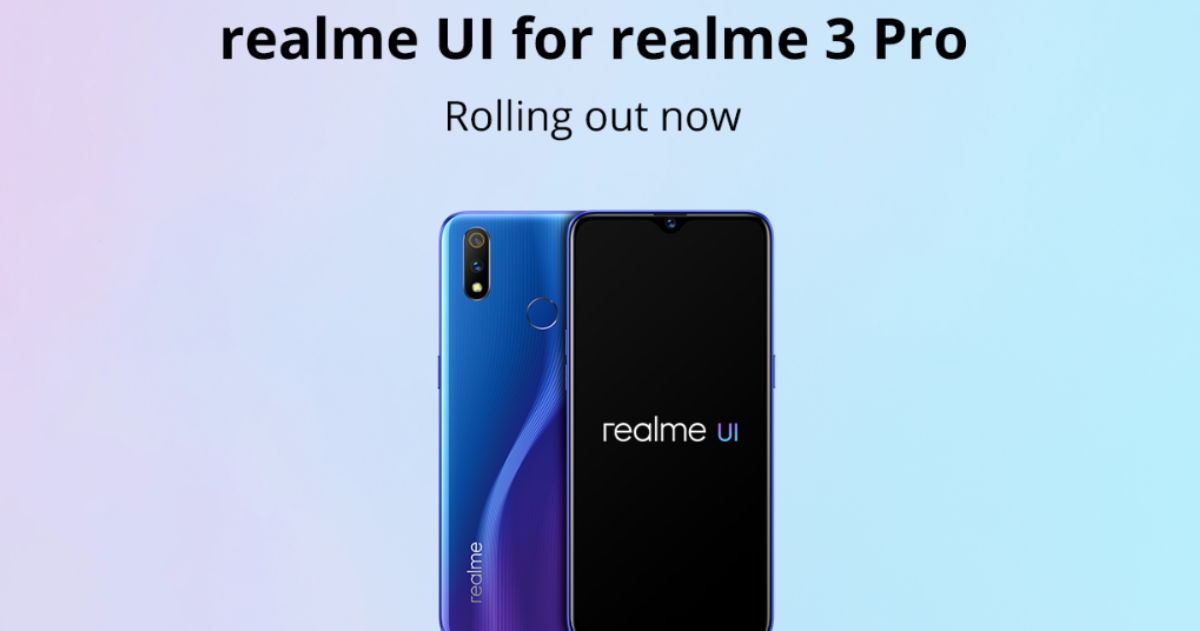 Realme 3 Pro becomes the first smartphone to get the new Realme UI with Android 10 update. The company has started rolling out the latest software update to Realme 3 Pro units in India. The update with version RMX1851EX_11_C.01 is randomly being pushed out to a limited number of users starting today and will have a broader rollout in a few days after making sure there are no critical bugs. “In order to ensure the stability of this update, it will have a staged rollout, If no critical bugs are found, the full rollout will be completed in the upcoming days,” per the Realme forum.

Realme UI, to recall, is the first-ever custom skin from Realme, which was previously using OPPO’s ColorOS skin for its devices. The first-iteration of Realme UI runs atop Android 10 and comes with changes such as “brand new Real design” with attractive colours, optimised user-interface, and improved one-handed operation. The skin also features the goodness of Android 10, including dark mode, navigation gestures, and security.

Here is the complete changelog: