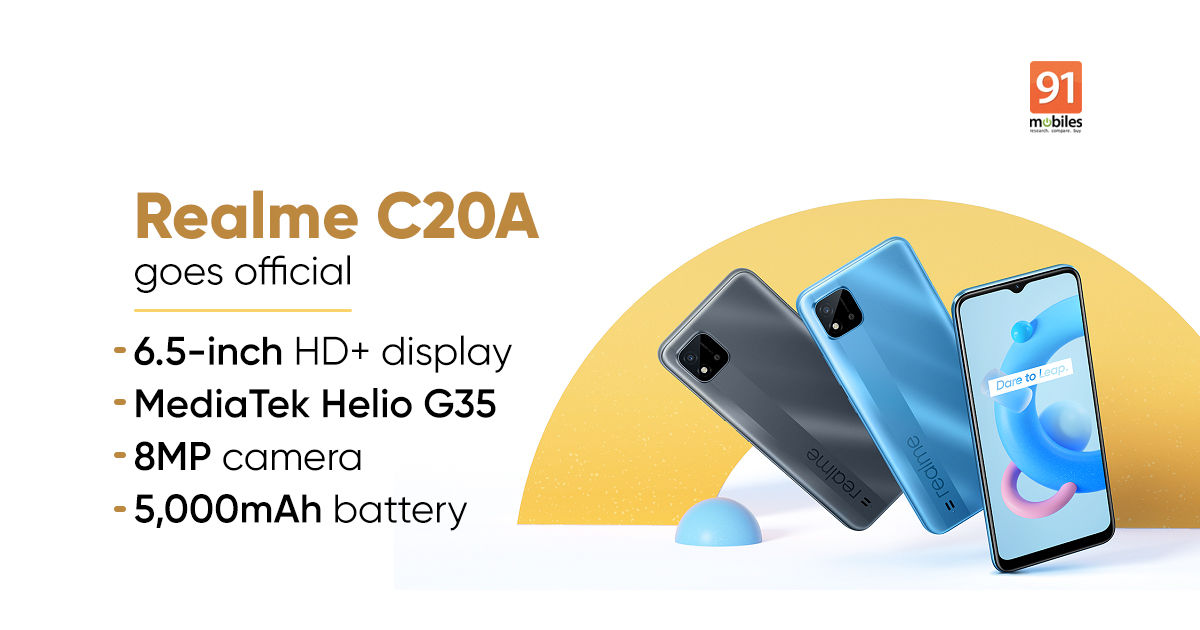 Realme C20A has been officially launched in Bangladesh as a new entry-level C-series phone from the brand. It is an offshoot to the Realme C20 that was introduced back in January this year. The handset comes with a waterdrop notch for the selfie snapper, a square camera module with a single sensor, and Realme branding in a vertical stripe on the back. Realme C20A specifications include a 6.5-inch HD+ display, MediaTek Helio G35 SoC, Android 10 OS with Realme UI custom skin, a 5MP selfie snapper, a 5,000mAh battery and 4G LTE connectivity. 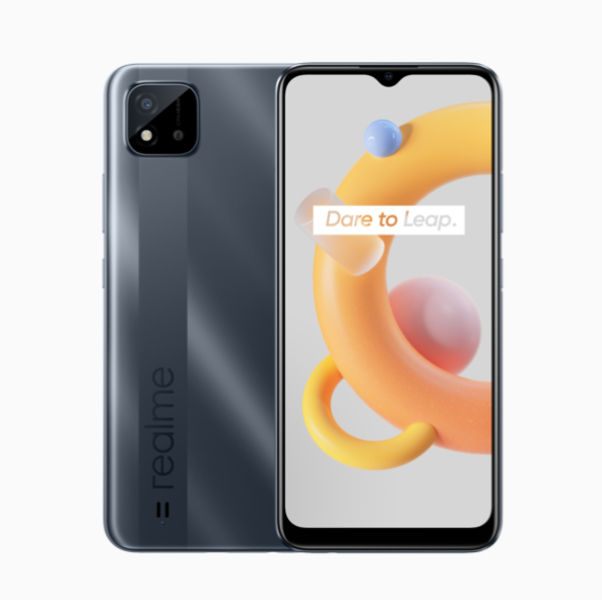 Realme C20A sports a 6.5-inch HD+ display with 720 x 1600 pixels resolutions, an 89.5 percent screen-to-body ratio, and a sizeable chin below the screen. It is powered by the MediaTek Helio G35 SoC coupled with IMG GE8320 GPU, 2GB RAM, and 32GB internal storage that is further expandable via a microSD card up to 256GB. The phone runs on Android 10-based Realme UI custom skin on top and packs a 5,000mAh battery with reverse charging support.

As for the cameras, the Realme C20A has a single 8MP (f/2.0 aperture) sensor on the back with an LED flash. There is a 5MP snapper on the front for selfies and video chats and the phone doesn’t come with a fingerprint sensor, instead, users will have to rely on pin/pattern authentication. Connectivity features include 4G LTE, Wi-Fi, Bluetooth 5.0, GPS/AGPS/Beidou/Glonass/Galileo, and a micro-USB port. The device measures 165.2 x 76.4 x 8.9mm and weighs 190 grams.