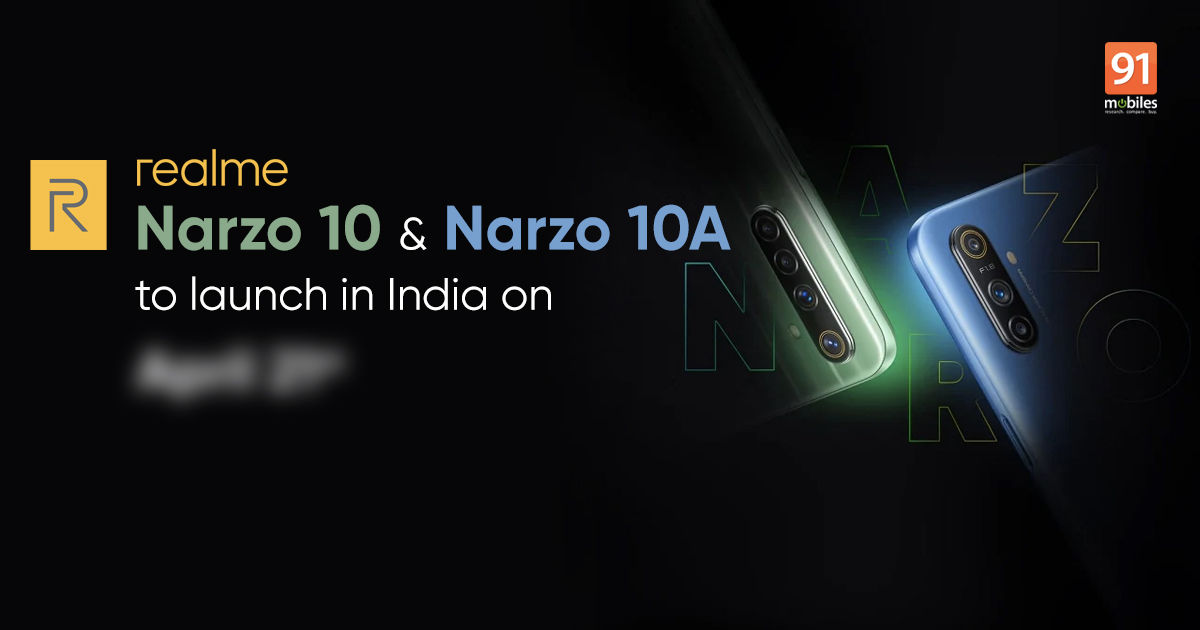 The Realme Narzo 10 series India launch date has been announced by the company. The brand tweeted via its official account that the handsets, namely the Realme Narzo 10 and Narzo 10A, will be launched in the country on April 21st. It’s the same day when lockdown restriction in a few areas will be relaxed and e-commerce platforms, including Flipkart and Amazon, are set to resume their services. The vendor will take the wraps off the handsets via online-only event. The Realme Narzo 10 series, to recall, was initially scheduled to launch in India on March 26th but was postponed due to the pandemic spread of coronavirus. The handsets are expected to be budget-centric offerings from the brand, priced under Rs 15,000.

Changing the definition of bold and the unique, #realmeNarzo10 and #realmeNarzo10A are all set to be unveiled!
Watch the launch video online at 12:30 PM, 21st April on our official channels. https://t.co/Oe2ajoK9up pic.twitter.com/oTvSYGvMyF

The Realme Narzo 10 and Narzo 10A India prices are likely to fall below Realme 6 series, which comes with a starting price of Rs 13,999. Rumours are rife that the handsets, especially the Narzo 10A, will be priced under Rs 10,000.

As for the rumoured specifications, both Realme Narzo 10 and Narzo 10A are said to sport 6.5-inch displays with 89.8 percent screen-to-body ratio and a waterdrop notch to house the selfie camera. The handsets are said to feature gaming-centric chipsets and run Android 10 OS with Realme UI custom skin on top. For photography, the Realme Narzo 10 will rock AI 48MP quad rear cameras, while the Narzo 10A will come with a triple camera setup at the back.

The Realme Narzo 10 series will reportedly house a 4,000mAh battery with quick charge support and is likely to feature a rear-mounted fingerprint scanner. In terms of connectivity, you may get Dual SIM 4G VoLTE, Wi-Fi, Bluetooth 5, GPS, USB Type-C, 3.5mm headphone jack, and FM radio.