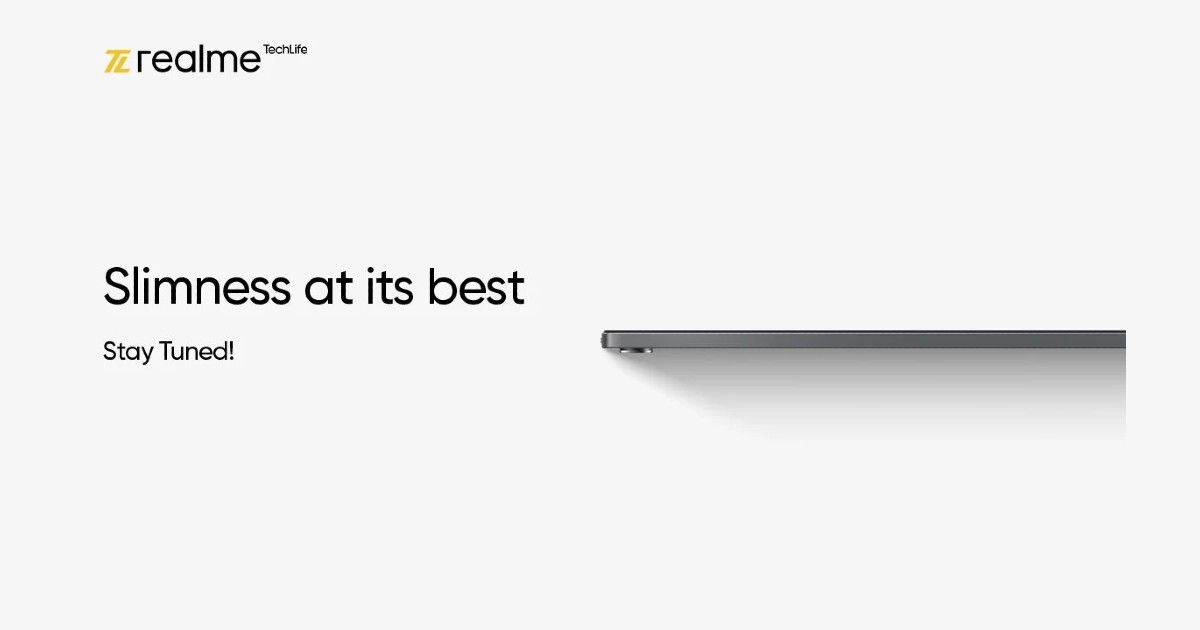 Realme has been gearing up for the launch of its very first tablet, called the Realme Pad. These reports come in hot after the smartphone manufacturer recently diversified into the personal computing segment with its first notebook, called the Realme Book (Slim). The company’s motive to provide consumers with good hardware at an aggressive price will appeal especially to the price-sensitive mass in India. The Realme Pad can be expected to adopt a similar approach when it comes to hardware and pricing. The company has officially teased the Realme Pad design and we have learned that the tablet will go on sale on Flipkart.

Madhav Sheth, India CEO of Realme, tweeted that the upcoming Realme Pad features a slim and lightweight design and also attached a teaser image of the same. The image gives us a good look at what can be considered to be a metallic body. At the back, the Realme Pad features a slight camera protrusion. Last month, it was leaked that the tablet will measure 246.1 x 155.8 x 6.8mm. The 6.8mm thickness makes the device exceptionally thin. The region around the camera bump goes up with a measurement of 8.4mm at that point.

Tablets can easily be carried anywhere for work or entertainment. However, holding them for too long can be a challenge. There is a need for a real-ly light & slim ones for your ease and we might just have a solution!

The Realme Pad was earlier rumoured to get a 10.4-inch FHD+ AMOLED panel. Furthermore, a Geekbench listing revealed that the tablet would run on the MediaTek Helio G80 processor and will be coupled with at least 4GB of RAM and 64GB of onboard storage. Previously, it was rumoured to get up to 6GB of RAM. Reports also suggest that the Realme Pad will benefit from a hefty 7,100mAh battery and quad-speaker system. The Realme Pad will also feature an 8MP rear camera and an 8MP front shooter. Support for 4G LTE, Wi-Fi as well as a stylus is expected. The Realme Pad is likely to be available in Grey and Gold colour variants. Rumours tip the Realme Pad India launch to be September 9th, which is when the Realme 8s is arriving in the country. Both the Reame 8s and Realme Pad will go on sale in India via Flipkart, as the e-commerce giant has already started teasing the devices.