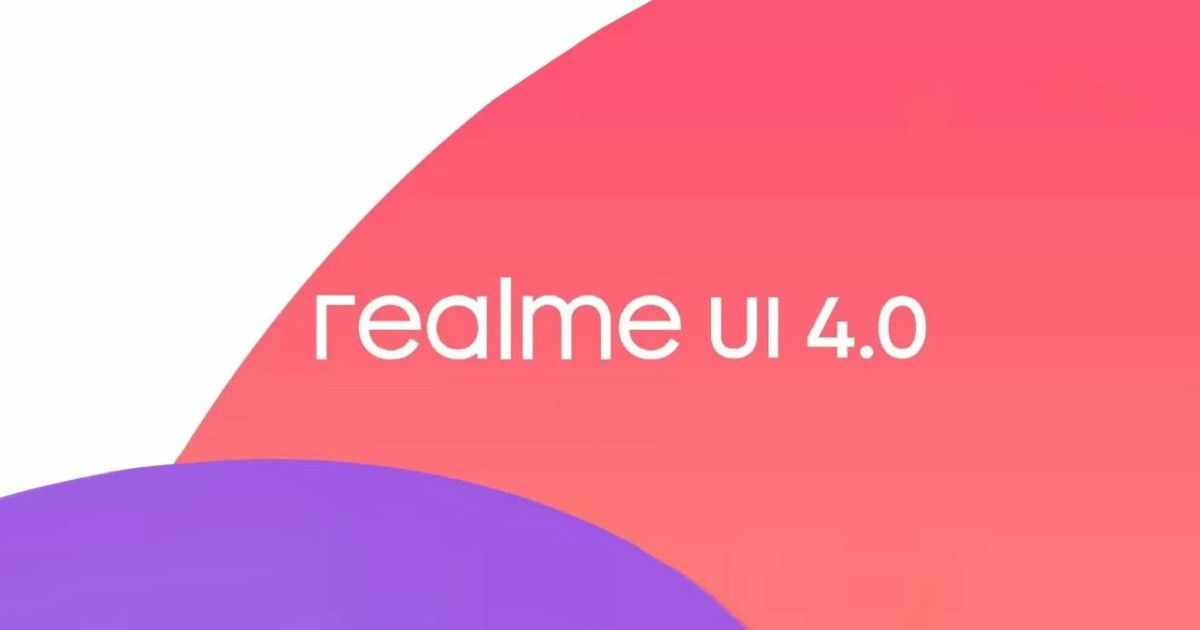 Realme UI 4.0 launch is just around the corner. The latest generation custom interface from Realme, which has incidentally climbed up to become the second highest shipping smartphone company in India as of Q2 2022, is sure to see heavy demand. The company has already started beta testing the latest version of the custom interface in the country and has also rolled out a tentative timeline by which all users could get the update. Additionally, the update will also give Realme smartphone users a host of new features on their phones, and crucially, give them access to the latest version of Android 13 — with all its security and privacy features in tow. On this note, here’s looking at everything that you must know about Realme UI 4.0, and everything it brings to the table.

Realme has already started rolling out early access for its latest generation custom interface, and the same has already been introduced to the Realme GT 2 Pro. It is, however, presently rolling out as a beta update for early testers, so users keen to become among the first to get the Realme UI 4.0 may also face bugs and glitches as part of the update. 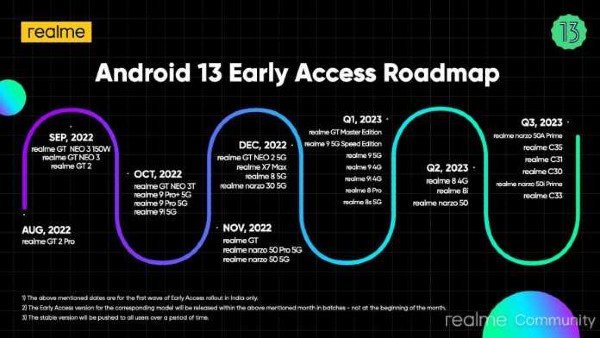 As for a stable update, while a date is not yet known, it is likely that Realme UI 4.0 will roll out in its stable build by October — which is from the coming month. It is also likely that the rollout schedule will remain the same as the schedule for the early access beta, which has been detailed below.

Each eligible device will receive a prompt for a software update that it receives, but only when the stable version is rolled out. If you wish to get your hands on the early access (beta) version of Realme UI 4.0, use the following steps: 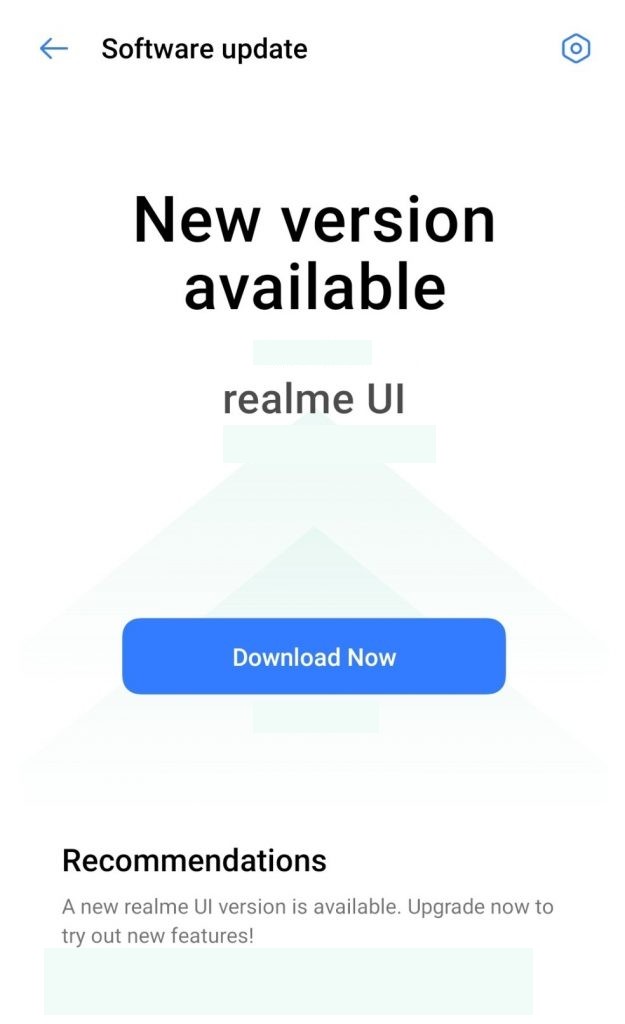 Once these steps are fulfilled, you will be eligible to receive the early access beta version of Realme UI 4.0 based on Android 13, as soon as it is rolled out for your device. Do note that the early access version may come with bugs that can hamper your usage experience, and using a beta software version on your primary smartphone is not ideal since it may lead to unforeseen crashes and data loss.

As with every year, the latest version of Realme UI brings a host of new features with it. On this note, here’s looking at what Realme UI 4.0 will bring to the table.

According to reports, Realme UI 4.0 will bring with it a new theme that will also take advantage of Android 13’s thematic icons. Called ‘Aquamorphic’, the theme is already available for OnePlus and OPPO users, and is now set to be rolled out for Realme users as the big primary cosmetic update this time.

Privacy is expected to be a big part of Realme UI 4.0. With the Privacy Dashboard that comes as part of Android 13 itself, Realme is also expected to add a number of new features that include a photo picker interface for all applications — which will allow you to only selectively give storage access to apps that ask for it. Users will also get a new feature wherein apps will ask users for permission to use wi-fi to scan the network for nearby devices — which can be paired and function in tandem with. These new features are geared to add a better set of privacy controls to Realme’s Android 13 experience.

Android 13’s new media control, especially in the interface that it shows up on the notifications drop-down, is also expected to come to the new Realme UI. Users will be able to see a larger rectangular UI cutout that shows more song information and will let them control the playback right from the notifications drop-down itself — thus adding to the ease of usage of the interface.

In a surprisingly rare feature on both Android and iOS, dynamic widgets are finally expected to come to the home and lock screens of Realme UI 4.0. These widgets will update information in real-time and are expected to be part of the new interface.

Along with all of this, Realme UI 4.0 is also expected to bring enhanced animations that include new fingerprint registry animations, as well as a new look for icons that may change based on the theme that you apply on your phone. Realme may also offer ‘large folders’ — which may help users group together multiple genres of apps into one major folder on the home screen.

A post in the Realme Community pages has revealed the tentative early access rollout of Android 13-based Realme UI 4.0 for all of its smartphones in India. Understandably, while the flagship smartphones get priority, Realme’s rollout of Android 13-based Realme UI 4.0 extends all the way to September 2023 — which is when its final eligible smartphones will get the update. Based on the post, here’s the present update schedule that Realme has tentatively chalked out for its smartphones.

Realme has started rolling out the stable Android 13 update for the Realme GT 2 in India. The update brings a host of improvements and features to make the overall software experience even better.

Users of Realme GT Neo 3T can go ahead and apply for the Android 13-based Open Beta program to get an early first hands experience of the software. To do so, simply launch Settings > Software update > Select the settings icon in the top right corner > Trial Version > Submit your details > and then tap Apply Now to receive the beta update.

Realme X7 Max is the latest smartphone from Realme to get early access to Android 13. Since it’s beta update, users will have to manually register themselves for the update by following the process mentioned in Realme’s official community blog post.

Realme has opened up the Android 13 early access for its next batch of devices which include Realme GT, Realme GT Neo 2, and Realme Narzo 50. Users can enrol themselves in the early access program by following the guidelines mentioned in Realme’s official community blog post.

The Realme GT Neo 3 and GT Neo 3 150W have started receiving the Realme UI-based Android 13 update. Users can expect the update to land on their devices anytime now so make sure to look out for the firmware update notification. As for the changelog, it can be found on Realme’s official blog post here.

After initiating the Android 13 Open Beta program for the Realme 9 Pro, the company has now announced the update for the Realme 9 Pro+. Interested users can enrol themselves into the beta program by heading over to Settings > Software update > Selecting the settings icon in the top right corner > Trial Version > Submit your details > and then tapping Apply Now to receive the beta update.

Realme 9i 5G is the latest Realme smartphone to get Android 13 beta updated through the early access program. Users interested in trying out the latest software can install the beta firmware update on their devices by following the steps mentioned in the community forum here.

Realme 9 Pro users willing get to get an early taste of the latest version of Android can now go ahead and download the open beta update on their devices. This can be done by going into Settings > Software update > Selecting the settings icon in the top right corner > Trial Version > Submit your details > and then tapping Apply Now for the beta update.

Realme’s premium flagship, GT 2 Pro has started receiving the Android 13-based Realme UI 3.0 update in India. The update weighs around 5.5GB in size and comes along with the October 2022 security patch. Users willing to experience the new software can head over to ‘Settings’ and download the OTA update by tapping on the ‘About device’ section.

Realme has announced the roadmap of its upcoming custom skin Realme UI 4.0, which will be based on Android 13. The roadmap shows that the Realme GT 2 Pro is already on the Android 13-based Realme UI 4.0 early access plan. The Realme GT Neo 3 and GT2 are next in line to receive the update.