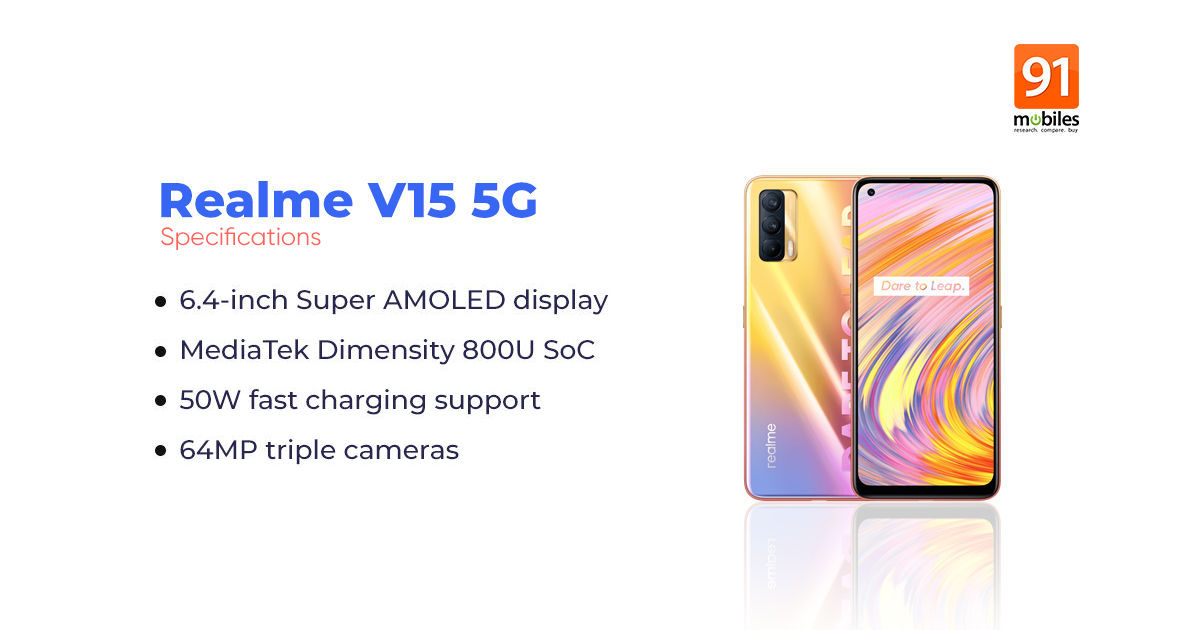 Realme V15 launched in China earlier this week in China as a premium mid-range offering that comes with an AMOLED display, 5G support, IP protection for dust- and water-resistance, and 50W fast-charging support. Now, it looks like the Realme V15 India launch may not be too far away as the handset has received the BIS (Bureau of Indian Standards) certification with model number RMX3092, as spotted by leakster Mukul Sharma (aka @stufflistings). However, the exact launch date of it is not clear at the moment but since Realme seems to have a long list of phones, including Realme Q2, Realme X7, and probably the Realme 8 series, in the pipeline to launch in the country, the Realme V15 may debut sometime down the year. 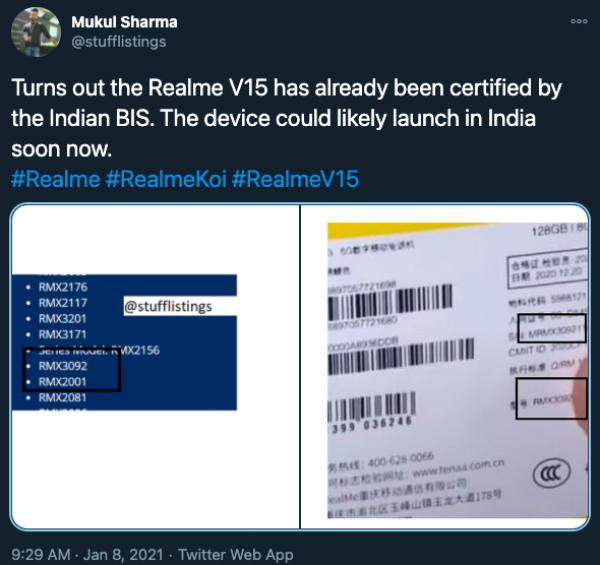 As far as the specifications go, Realme V15 sports a 6.4-inch Super AMOLED display with up to 600nits brightness, 180Hz touch sampling rate, an in-display fingerprint sensor for security. It is powered by the MediaTek Dimensity 800U chipset paired with up to 8GB RAM and 128GB storage that should be expandable via a microSD card. The phone runs on Android 10-based Realme UI on top. Connectivity features include 5G, 4G LTE, dual-band Wi-Fi, Bluetooth, GPS, and USB Type-C port for charging. 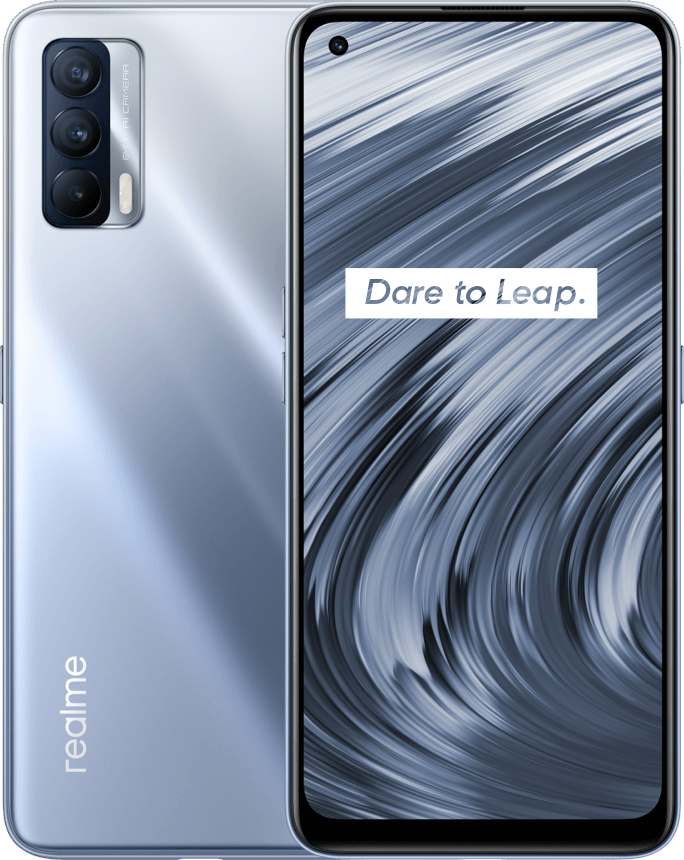 These Realme phones will get virtual RAM through OTA update soon