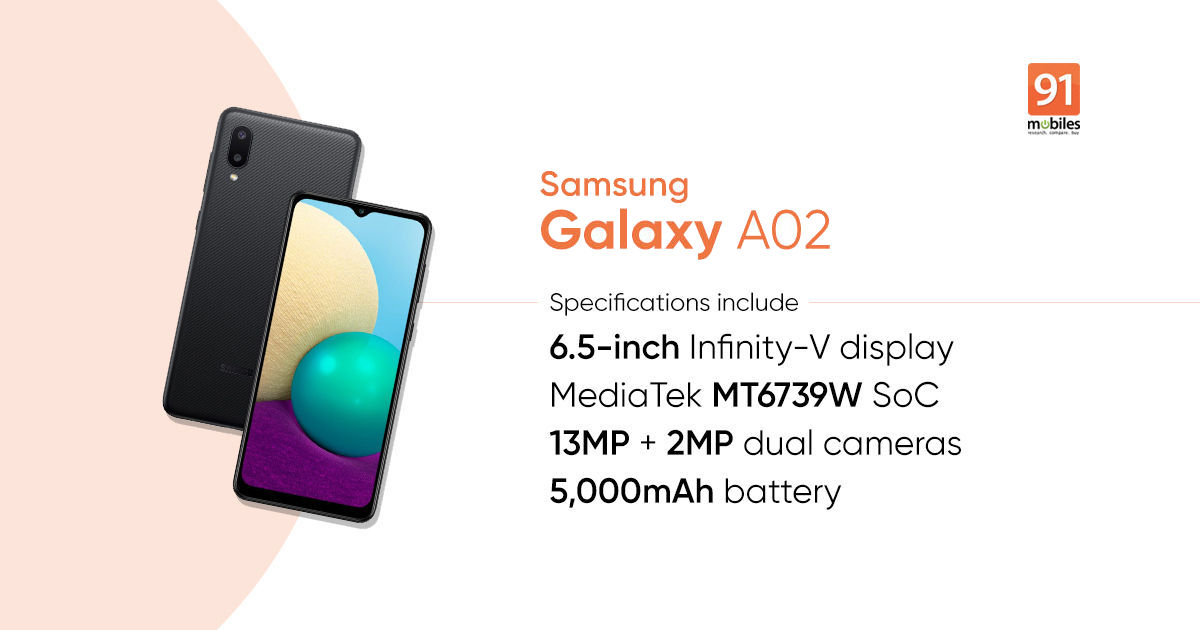 Samsung Galaxy A02 is the company’s budget offering that launched globally back in January as a successor to the Galaxy A01. Now, 91mobiles has exclusively learned from sources the Samsung Galaxy A02 production has begun in India at the company’s Noida facility. We have received live images of the phone in production, suggesting that its India launch is imminent. The Galaxy A02 Indian variant seems to have a design similar to the global model and the specifications should also be similar. Unfortunately, the Samsung Galaxy A02 launch date in India hasn’t been revealed at the moment but it shouldn’t be long before the company starts teasing the phone officially.

Samsung Galaxy A02 has a dual-camera setup on the back, arranged in a vertical module and textured finish for good grip. The 3.5mm audio jack, microUSB port, and speaker grille are on the bottom. The volume rocker and power button are present on the right spine. One of the casing images shows the phone has ‘A02’ engraved. Samsung Galaxy A02 sports a 6.5-inch HD+ Infinity-V display with 720 x 1,560 pixels resolution and a waterdrop notch for the selfie snapper. It is powered by the MediaTek MT6739W7 SoC coupled with PowerVR Rogue GE8100 GPU, up to 3GB RAM and 64GB storage that is further expandable via a microSD card. The phone runs on Android 10-based OneUI custom skin out of the box. Connectivity features include 4G LTE connectivity, 3.5mm headphone jack, Wi-Fi, Bluetooth 5, GPS + GLONASS.

Samsung Galaxy A02 price in India could be under Rs 10,000 and should be available in Denim Black, Denim Blue, Denim Red and Denim Gray colour options.

Also read: Samsung Galaxy S21 FE not cancelled yet, but launch could be delayed

While we wait for the Samsung Galaxy A02 India launch, you can check out more news about the other upcoming smartphones as well as popular product recommendations on our Facebook, Twitter, and Instagram pages and head to our YouTube channel for the latest videos.