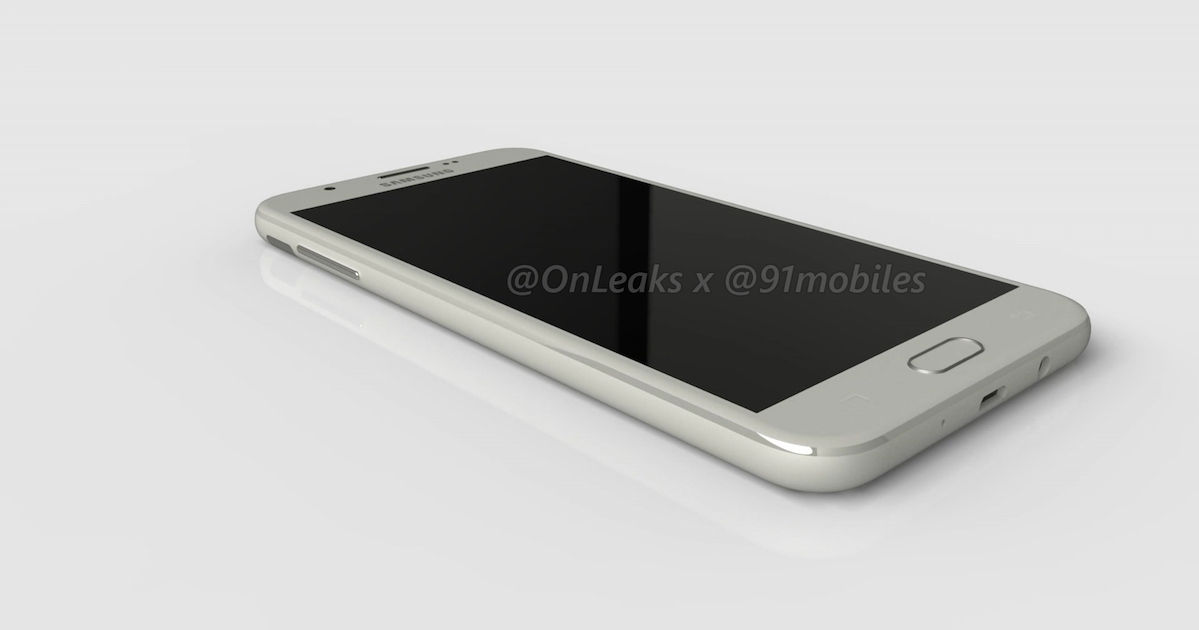 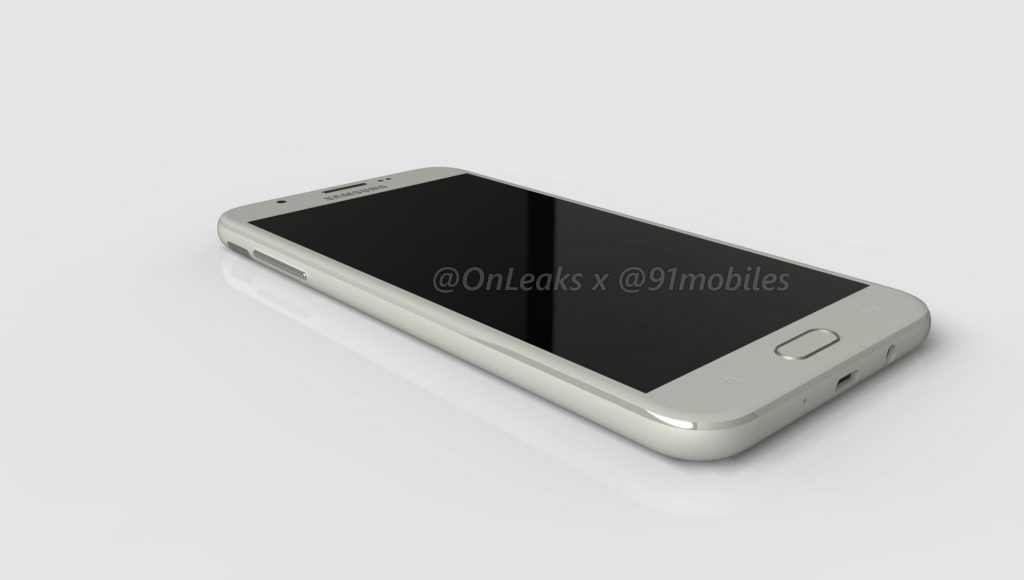 Samsung launched the mid-range Galaxy J7 (2016) in July, but it appears the company is already prepping its successor, the Samsung Galaxy J7 (2017). 91mobiles has received exclusive information regarding the Galaxy J7 (2017) in collaboration with @OnLeaks, including several high-definition renders and a 360-degree video. Please note that the colours portrayed in the renders are purely speculative.

As can be seen in the renders, the Galaxy J7 (2017) features a much cleaner design than its predecessor. The back panel is flatter than previous generation J series phones, and interestingly, the speaker grille is visible on the top right above the power button, compared to its usual location on the rear.

The rear panel now sports a sleek metallic strip which integrates the primary camera and LED flash. Also visible is a volume rocker on the left edge, a micro-USB port, 3.5mm headphone jack and primary microphone at the bottom and a secondary microphone at the top. In the front, Samsung’s trademark physical home button is visible, but we don’t expect it to integrate a fingerprint sensor.

We have learned that the Galaxy J7 (2017) will feature a 5.5-inch display, the same as its predecessor. The screen is expected to be a full HD AMOLED panel, a bump from the HD resolution of the 2016 variant. We also have the dimensions of the smartphone, which stand at 51.34 x 76.20 x 8 mm.

The Samsung Galaxy J7 (2017) has also been spotted on India’s import website Zauba, and recently received Wi-Fi certification which revealed that the smartphone runs Android 7.0 Nougat. The other rumoured specifications include an octa-core Qualcomm / Exynos chipset, 3GB of RAM (as opposed to 1.5GB on its predecessor), 13MP + 5MP cameras and 16GB of storage. Other details about the Galaxy J7 (2017) are unknown, but based on the previous launch, we expect it to be released in April 2017.