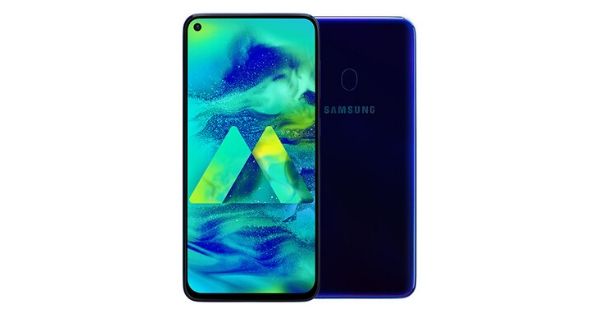 “Samsung Galaxy M40 price in offline stores will be Rs 18,790 after the discount, which runs till November 30th”

Samsung Galaxy M40 is the brand’s most affordable smartphone with punch-hole display. Now, 91mobiles has learnt from retail sources that the Galaxy M40 has received a discount in offline stores. The phone will be sold with a discount of Rs 1,700 until November 30th. After the limited period price cut, the phone will be available for Rs 18,790. The device was launched with a price tag of Rs 19,990 and it came in a single variant with 6GB RAM and 128GB storage. So those who’ve been waiting to get themselves the Galaxy M40, should definitely head to their nearest offline store to get the discount.

Samsung Galaxy M40 is a mid-range smartphone with some great features under Rs 20,000. It comes with a 6.3-inch FHD+ display with a punch-hole camera. The phone is powered by a Snapdragon 675 chipset. One of the unique features of this device is the Screen SoundCasting technology. This turns the entire display of the phone into an earpiece. This is also the first phone from Samsung that ditches the 3.5mm headphone jack.

Another selling point of the Galaxy M40 is the triple rear camera setup. There’s a primary 32-megapixel camera, an 8-megapixel ultra-wide camera, and a 5-megapixel depth sensor. On the front, the punch-hole camera cutout houses a 16-megapixel sensor for selfies and video calling. The ring around the camera cutout also acts as a notification light with animations. The phone is backed by a 3,500mAh battery with support for fast charging. It also gets dial-SIM slots, Bluetooth 5.0, and other usual connectivity options.

Samsung is also planning to launch the handset’s successor, the Galaxy M50, either in late November or early December. It was earlier expected to launch mid-November and will be available for sale at both online and offline stores. The new device will be launched in retail stores on the same day as the online stores, which will be a first for Samsung. We don’t really have a lot of information regarding the specifications of the Galaxy M50, but it’s definitely going to have better hardware than the current model.