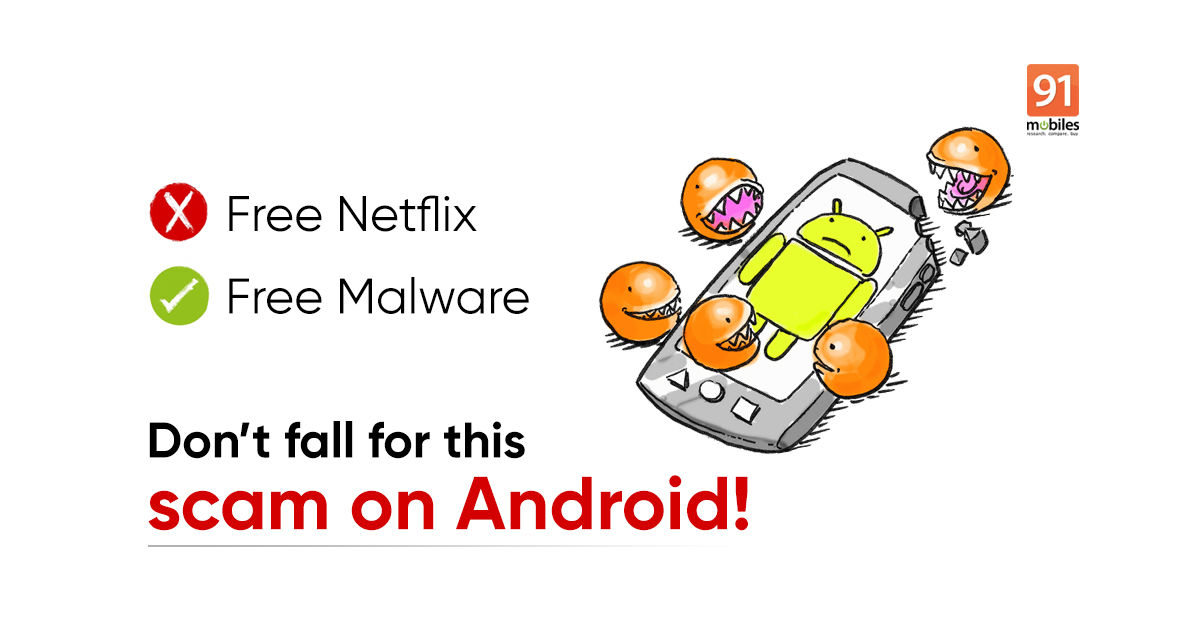 Security researchers at Checkpoint found that a fake Netflix app on the Google Play Store was harbouring malware. The app does a fairly good job of recreating Netflix’s design and tricks users into sharing it with their contacts via WhatsApp. Dubbed as FlixOnline, the app has since been removed from the Google Play Store. Not a whole lot of users appear to have been affected, as it had been downloaded only 500 times in the two months it has been online. However, if you happen to be one of the 500 people who downloaded the app, you should delete it right now.

How did this fake Netflix app work?

The fake Netflix app that was available on Google Play Store works in a fairly simple way. Upon installation, the app asks for a bevy of permissions and then burrows its way into your WhatsApp, after which your WhatsApp contacts get the following message.

Anyone who clicks on the link will be infected by the malware, which will further try to spread itself via WhatsApp. Checkpoint hasn’t specified how many users have been affected by the hack. The firm recommends that anyone affected by the hack should uninstall the application immediately and change all of their passwords as a security measure.

Malware such as the one mentioned above isn’t particularly sophisticate, as it requires active user intervention. It is also good practice not to click on mysterious links, even if they have been sent by someone you trust. Furthermore, if anyone is offering you anything for free, it almost certainly is a scam. Remember, if it looks too good to be true, it probably is.

Beware! App posing as ‘System Update’ can steal your data, delete it now