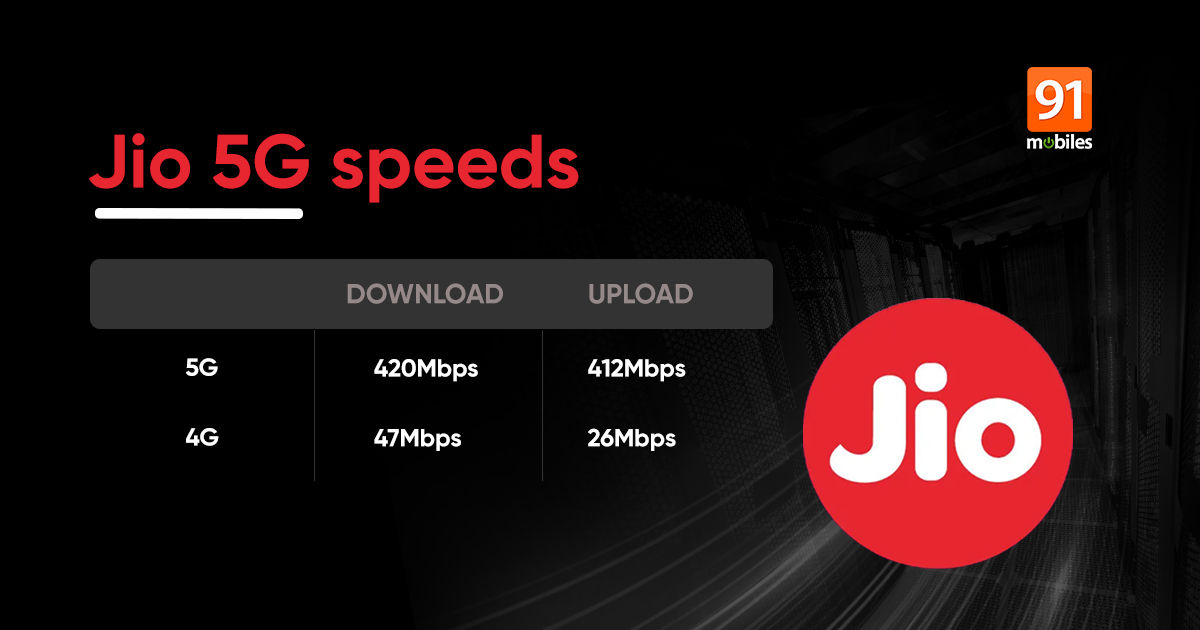 5G rollout in India is slowly gaining momentum after the Department of Telecom (DoT) announced the latest connectivity standard will be rolled out to the public in 13 metro cities before the end of this year. Jio has been making significant progress with regard to the testing and rollout plan. The company recently announced that it has completed planning of 5G rollout in around 1,000 cities in the country. The Jio 5G network will be powered by the indigenously developed network, hardware, and technology components. Now, 91mobiles brings you a major update in this regard. We have managed to get a screenshot of the speed test that shows Jio 5G speed you can look forward to.

Since the image is from the testing program, we can speculate the actual speed might vary when it’s officially available for the public. The real-world speed when the network is open for the wider public in 2023 should be a little lower, depending on the number of active users.

Back in 2016, before Jio had kicked off its 4G operations, it was offering crazy speeds as high as 135Mbps in the pilot testing phase ahead of the official launch. However, after the 4G rollout commenced pan-India, the speed dropped to an average of around 25-30Mbps. We can expect a similar drop in Jio 5G speeds once the network becomes widely available.

This means you can look forward to download speeds in the range of 100-150Mbps, which is still much higher than what you get on 4G networks.

Jio will be rolling out 5G across the country in phases, with only a handful of cities getting the high-speed network. The company has announced it teamed up with WhatsApp to simplify the prepaid recharge experience for users. Airtel and Vi will also be rolling out their respective 5G networks in India in late 2022 and early 2023.