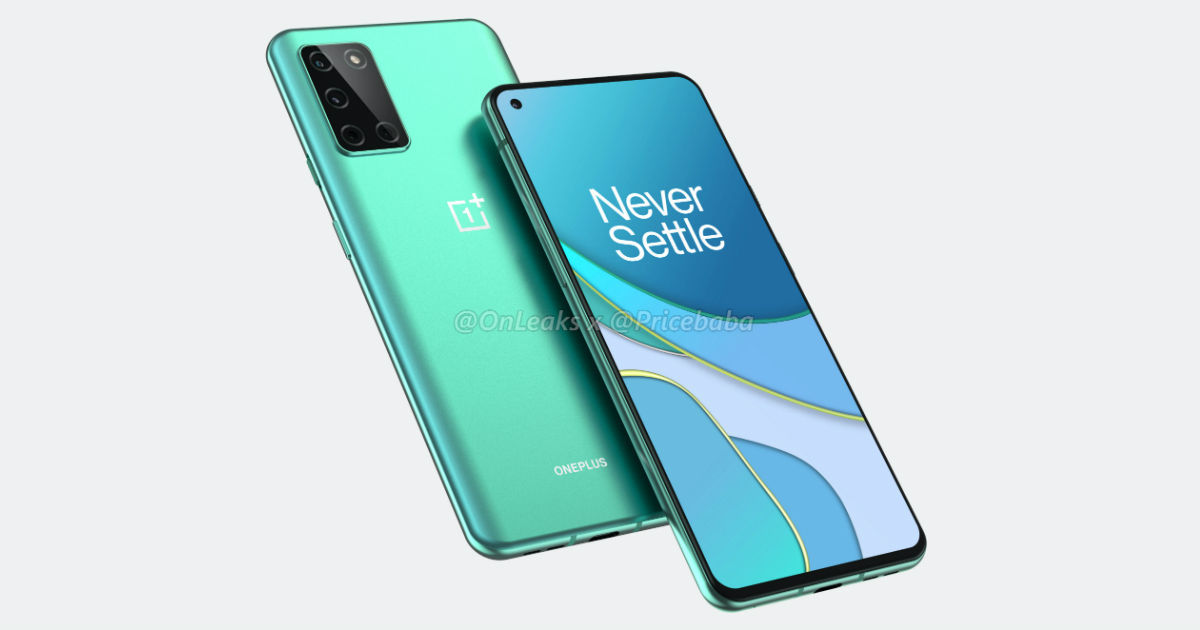 OnePlus 8T 5G launch is scheduled for October 14th globally and in India. The flagship smartphone has already been listed on Amazon.in and the company is running a promotional activity that confirms the 8GB RAM variant, but there could be a higher RAM variant at launch. Now, ahead of the announcement, the alleged OnePlus 8T price for the European market has surfaced online, courtesy Twitter user Chun. The leaked OnePlus 8T price suggests the phone will start at EUR 100 more than the OnePlus 8 when it launched back in April.

Also read: OnePlus 8T launch event is scheduled for October 14th: everything you need to know

OnePlus 8T 8GB + 128GB variant price is tipped to be EUR 799 (around Rs 69,100) and EUR 899 (approx Rs 77,800) for the 12GB + 256GB variant. The tipster claims the US pricing will also be the same considering OnePlus uses the same price number but with a different currency. However, we’re hoping the India prices to be slightly lower considering it was the case with OnePlus 8 and 8 Pro. 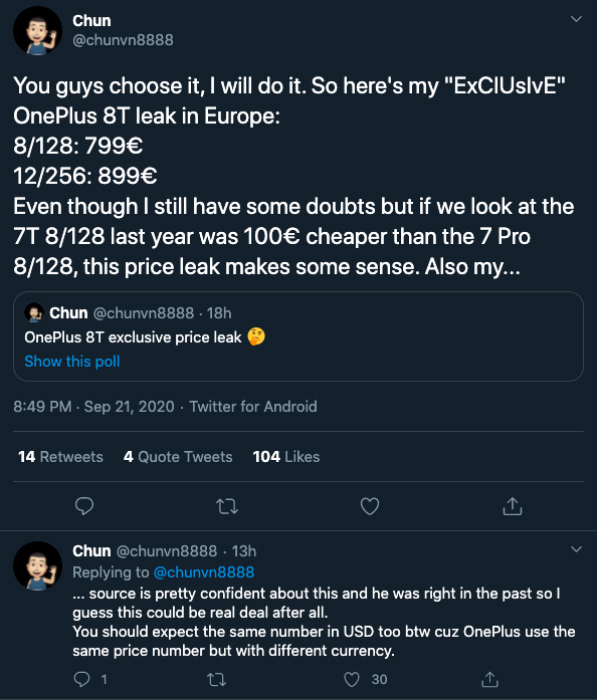 OnePlus 8T specifications tipped so far suggest the phone will come with an FHD+ Fluid AMOLED display, a 120Hz refresh rate, and a punch-hole cutout. It is said to be powered by the Qualcomm Snapdragon 865+ 5G SoC paired with Adreno 650 GPU, up to 12GB RAM, and up to 256GB storage that should be further expandable. The OnePlus 8T quad-camera setup may include a new 48MP primary sensor, a 16MP ultra-wide-angle lens, a 5MP macro, and a 2MP portrait lens. While it’s not confirmed, the flagship is rumoured to ship with a 65W fast charging support. The phone is likely to run on Android 11 with the latest OxygenOS custom skin on top.