91mobiles.com
Home News Snapdragon 865 spotted on Geekbench, scores much higher than Snapdragon 855 Plus “The Snapdragon 865 chipset scored higher than the Apple A12 Bionic in the multi-core test, but couldn’t beat the single-core performance” 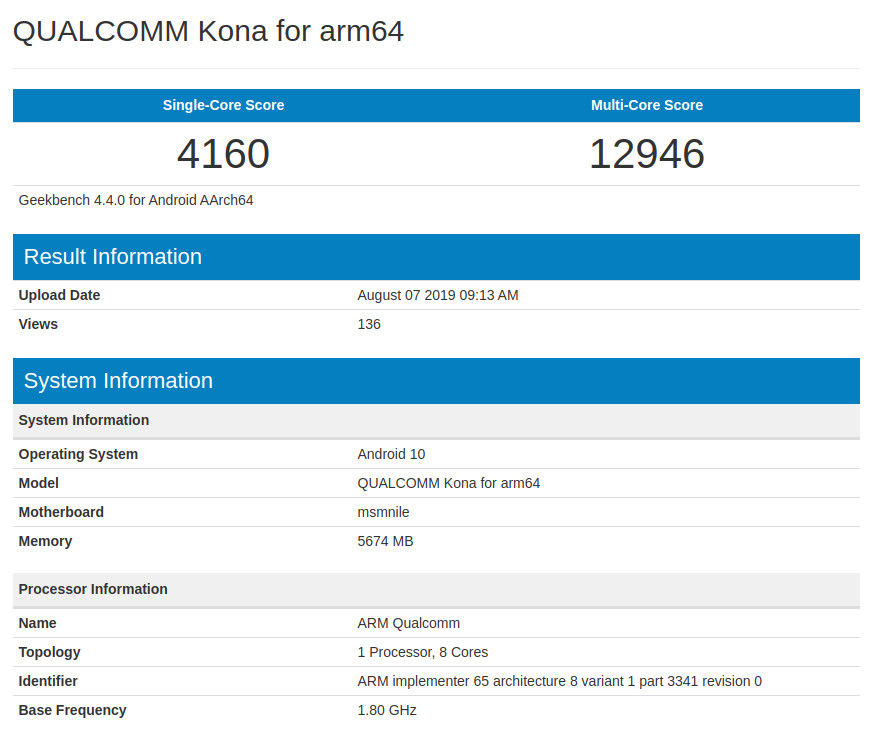 Snapdragon 865 spotted on Geekbench running on a smartphone with Android Q and 6GB RAM.

Snapdragon 865 chipset is internally known as ‘Kona’, which is the name that appears on the Geekbench listing. The listing also shows that the chipset is being tested on a device with 6GB RAM. The device is running Android Q operating system. The Snapdragon 865 should be announced by the end of this year, probably in December. Qualcomm will reportedly launch two variants of the Snapdragon 865, one with a 5G modem and one without. It is also tipped to support LPDDR5X RAM and UFS 3.0 storage.