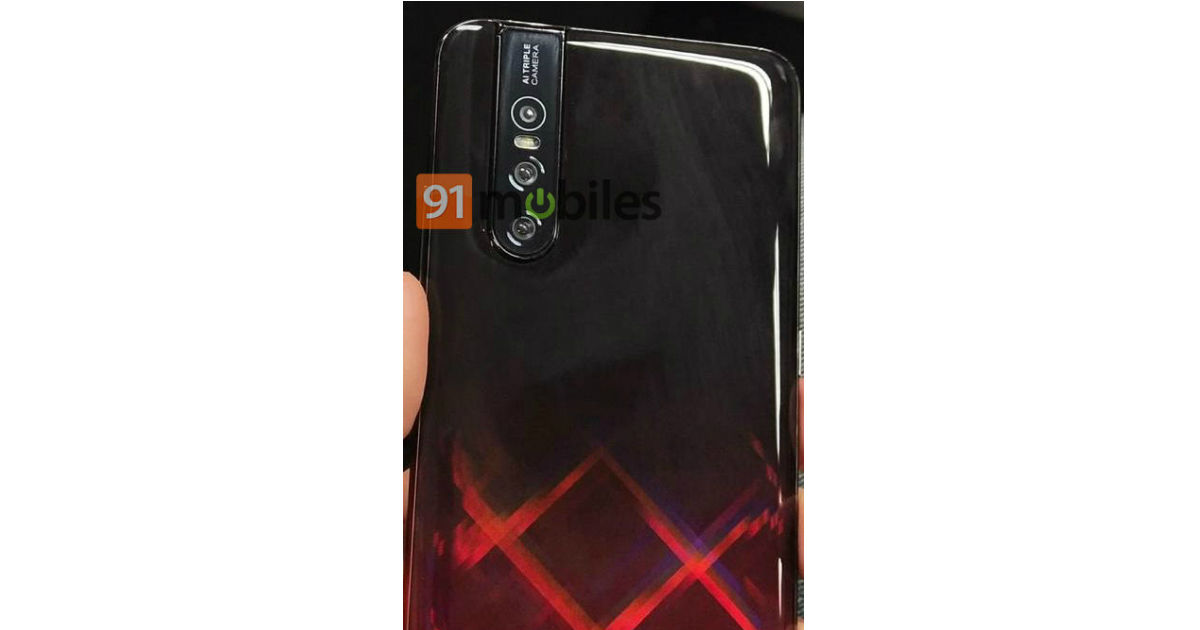 Ever since Vivo rolled out its February 20th launch invite, there has been incessant rumours and leaks about the Vivo V15 and Vivo V15 Pro. We were first to bring you the press renders of the next-gen V series smartphones with a pop-selfie camera, all-display fascia, and on-screen fingerprint sensor. Now, 91mobiles has gotten hold of a live image of Vivo V15 Pro, which is in line with renders we saw few days ago.

As seen from the image above, the back panel of the Vivo V15 Pro handset will feature a gradient red-black finish and a checkered design at the bottom half. Vivo may go for a fancy marketing name for the design for this design. Apart from this, the smartphone is expected to come in gradient blue colour that was seen in the press image we leaked.

The glossy finish at the back panel appears to be glass, though there is a chance that it is polycarbonate with glossy finish. At the top-right corner, we can see triple rear cameras aligned-vertically with LED flash in the middle and AI Triple Camera etched at the top. The missing fingerprint sensor on the rear panel further indicates the presence of an optical scanner on the mid-range Vivo V15 Pro smartphone. 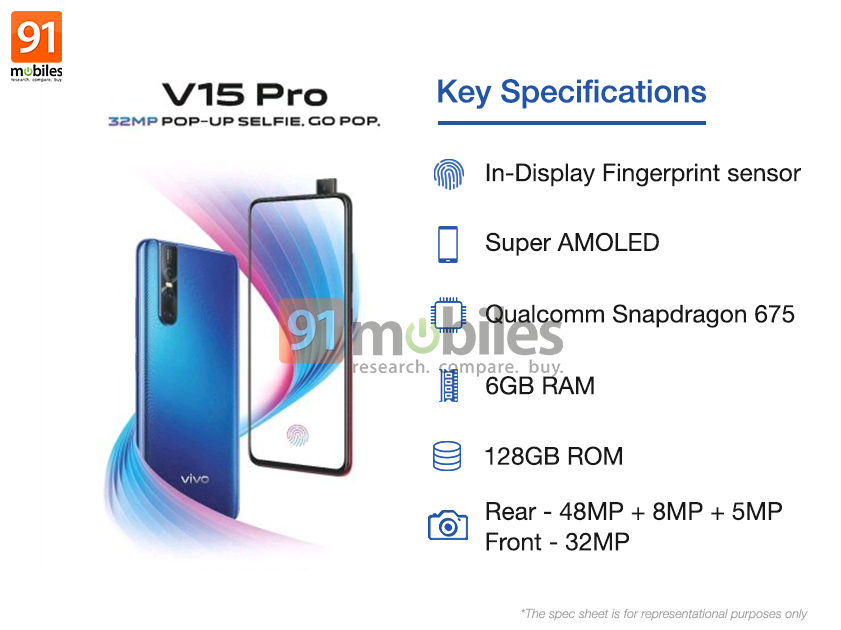 Based on previous leaks, the handset is tipped to come with a truly bezel-less Super AMOLED screen. The screen size and resolution are not known at the moment. But, we can tell you the V15 Pro will be driven by 11nm Snapdragon 675 mobile platform integrated with Adreno 612 GPU. The phone may employ 6GB of RAM and 128GB internal storage. In optics, the device is tipped to boast of 32-megapixel selfie camera and a combination of 48-megapixel + 8-megapixel + 5-megapixel sensors on the rear with Super Autofocus capabilities.

As reported previously, the Vivo V15 Pro will be available for pre-booking in India starting February 15th. It’s said to be priced a little above Rs 25,000. The handset is expected to launch in the country on February 20th, and it will come with launch offers in partnership with the likes of Bajaj Finserv, HDFC Bank, Jio, and HDB Financial.