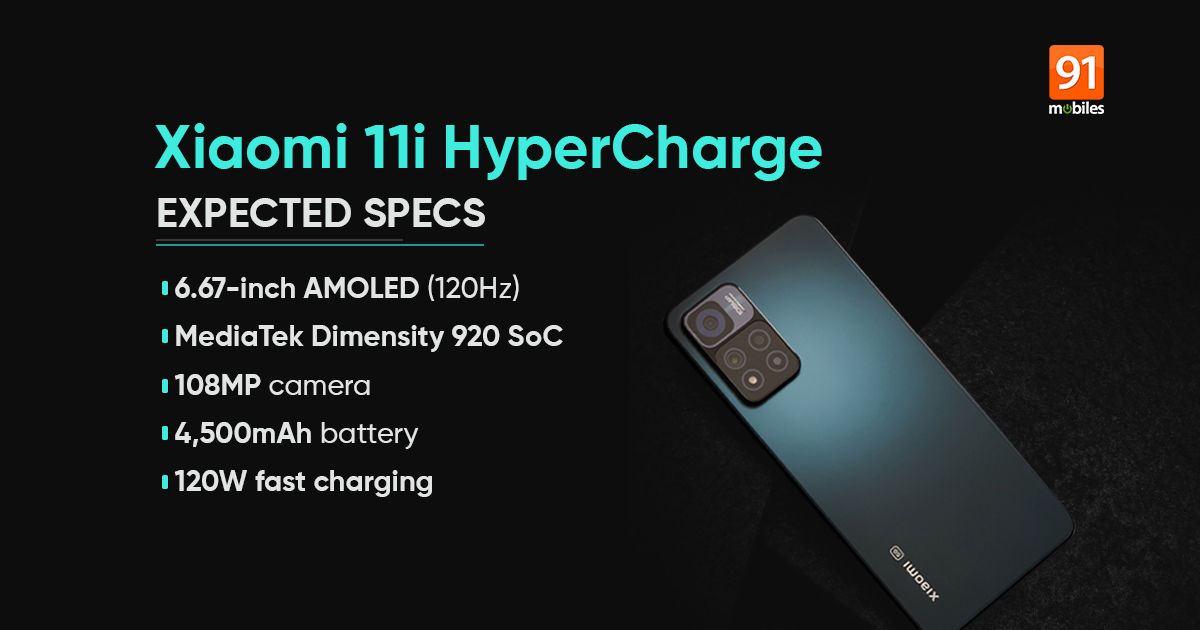 The Xiaomi 11i Hypercharge is scheduled for launch in India on January 6th, 2022. The upcoming device which is the rebranded version of the Redmi Note 11 Pro+ has already debuted in the Chinese market alongside other models from the Redmi Note 11 lineup.

The Redmi Note 11 series has evolved into a sleeker-looking device in the current iteration and the Xiaomi 11i Hypercharge will inherit the same. The device gets flat sides and back with reduced curves, especially when compared to the Redmi Note 10 series. The camera housing at the back is a rectangle finished in gloss black glass with the main sensor being surrounded by a silver highlight. The back panel might also feature a Xiaomi branding in place of the Redmi branding. Upfront there is a full-screen display with thin bezels and a hole punch camera cut out on the top. 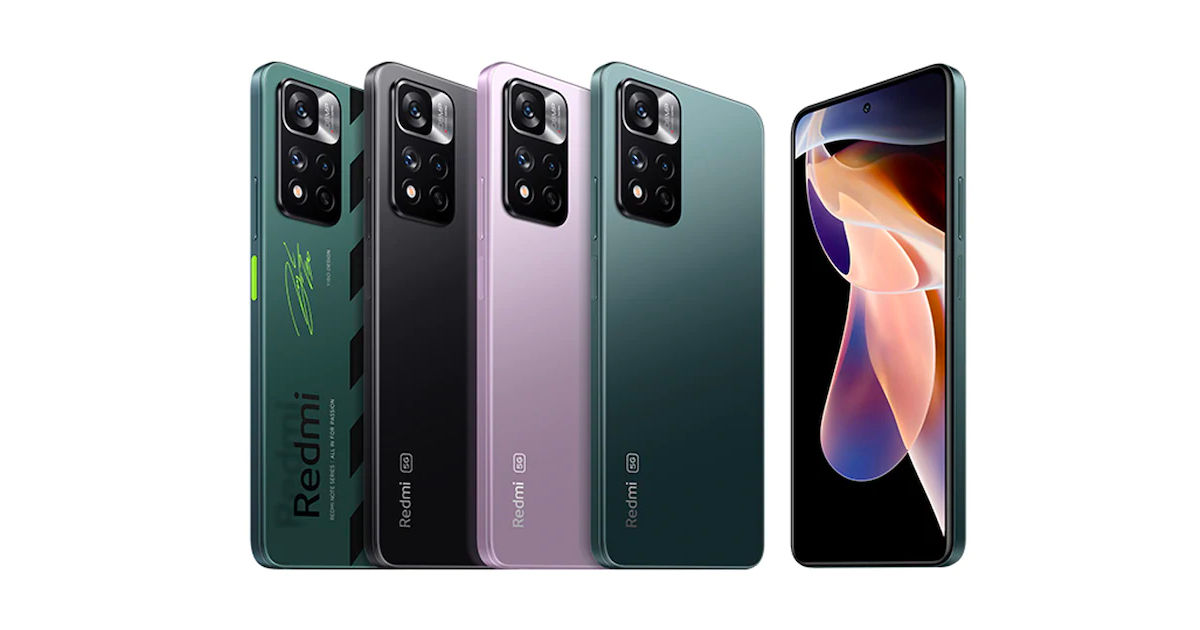 The Xiaomi 11i Hypercharge was earlier tipped to come in two colour options, Camo Green and Stealth Black, and will be made available in a sole 8GB + 128GB variant. Xiaomi 11i HyperCharge price in India is expected to fall between Rs 25,000 to Rs 30,000.

It is likely that the Xiaomi 11i Hypercharge carries forwards most of the components found on the Redmi Note 11 Pro+ as the two devices are technically identical barring the nomenclature. The Xiaomi 11i Hypercharge gets a 6.67-inch AMOLED display which supports a 120Hz refresh rate, Corning Gorilla Glass Victus, and a punch-hole cutout for the camera.

Under the hood, there is a MediaTek Dimensity 920 chipset coupled with up to 8GB LPDDR4x RAM and 256GB UFS 3.1 storage. The onboard storage can be further expanded via a microSD card.

On the optics front, the Xiaomi 11i Hypercharge will utilise a triple camera system which comprises a 108MP primary camera, an 8MP ultra-wide lens, and a 2MP depth sensor.