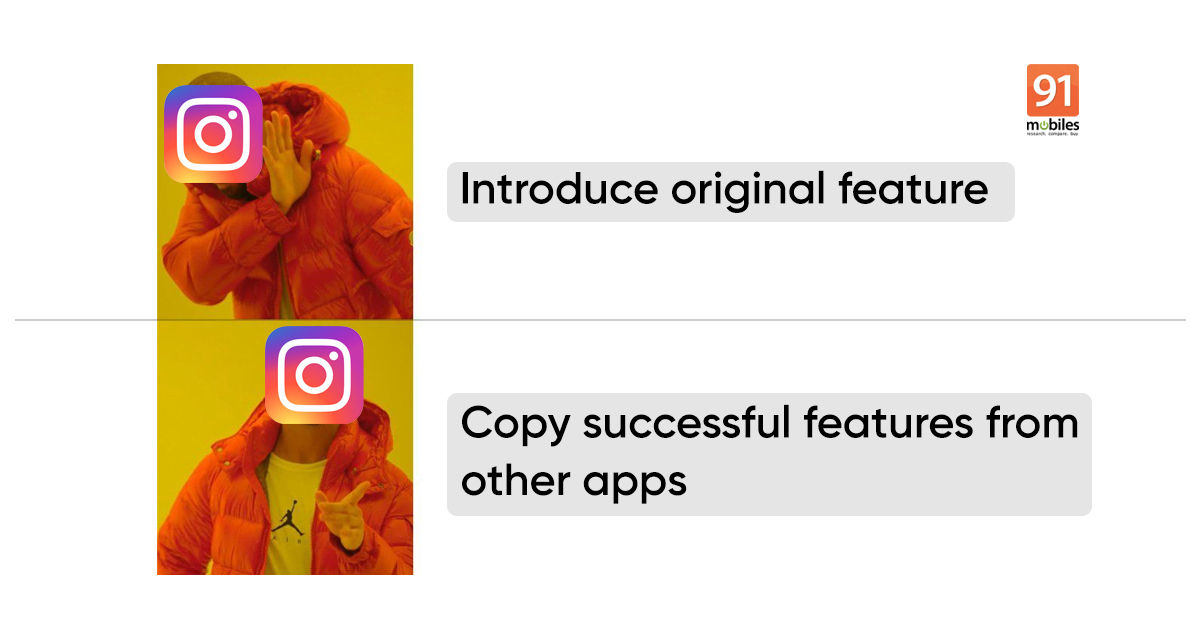 It is quite common for major tech platforms to get ‘inspired’ by each other by adding popular features from rival apps into their own. Facebook (and its subsidiaries), in particular, have ‘borrowed’ more features from its competitors than others. For example, it shoehorned Snapchat’s Stories features into all of its apps (Facebook, Messenger, Instagram and WhatsApp). Instagram also tapped into the industry upstart TikTok to alleviate some of its troubles. Even Alphabet-owned YouTube is beginning to follow suit, but not to the degree of Instagram. Let’s take a look at seven Instagram features that originated from other apps. 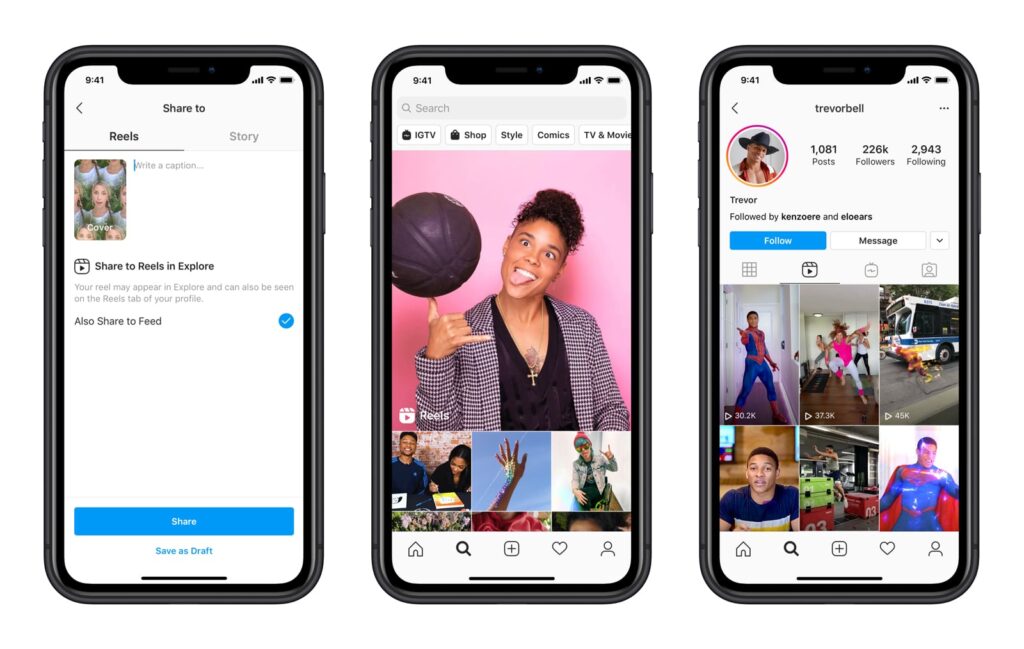 Many consider TikTok to be the spiritual successor of Musical.ly, which, in turn, was based on Vine. The ability to churn out short videos with virtually no editing required on the user’s end ensured that it cemented its position in the market. Needless to say, it was only a matter of time before Instagram picked up on the concept. Unlike TikTok, which recently allowed users to upload minute-long videos, Reels restricts its content to fifteen seconds. 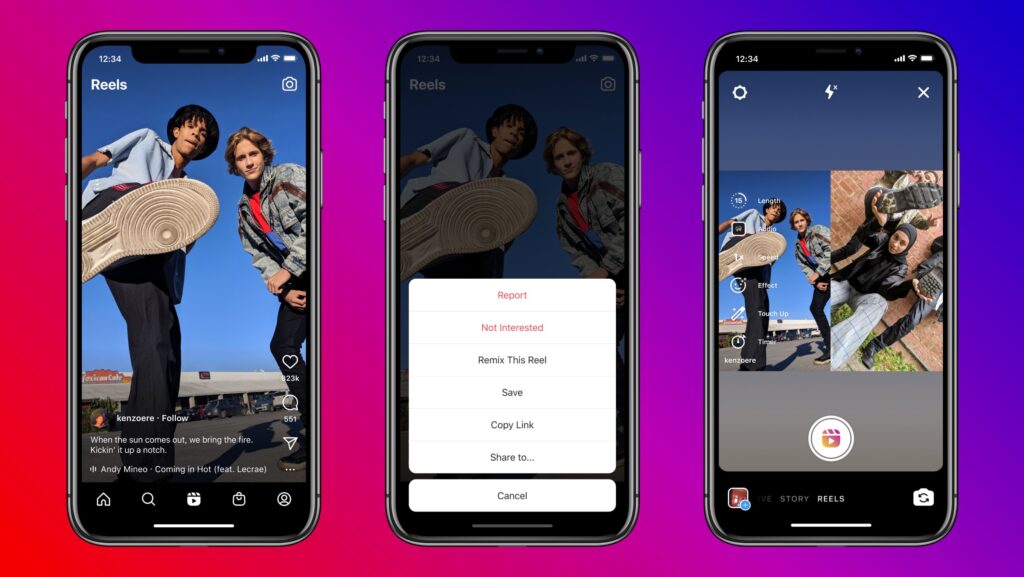 Remix is the newest TikTok feature that has made its way to TikTok. It allows for a real-time reaction to someone else’s content; a formula that has worked out really well for TikTok. With some effort, users can also daisy-chain a dozen-odd Reels to create some truly unique content. A cursory glance at YouTube tells us that reaction videos are here to stay, so Instagram might as well bank in on the trend while it’sq still around.

At this point, Stories have become an integral part of just about every social media app. Even Linkedin, an app designed for professionals, has Stories on its app; however, the concept of limited time only content that expires after 24 hours was spearheaded by Snapchat. Instagram was quick to adopt Stories into its app all the way back in 2016. Now, it is hard to imagine browsing through Instagram before going through dozen-odd stories at some point. 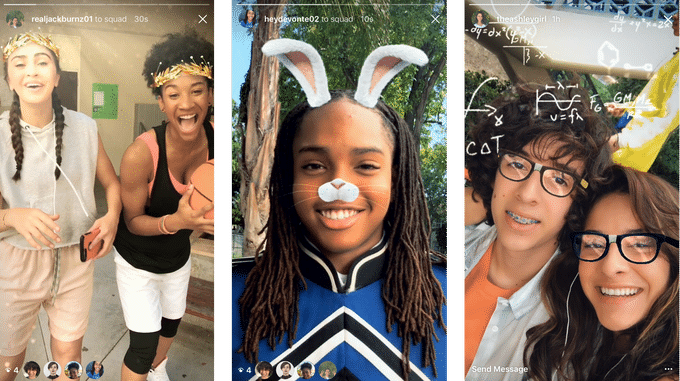 Snapchat was one of the first apps to leverage Augmented Reality (AR) tech into its app. Its wide range of AR filters allowed for never-before-seen forms of self-expression. Now that just about every modern-day smartphone is AR-enabled, it has become a lot easier for OEMs and Instagram to let users take the technology for a spin. Much like Reels, AR Selfie Filters are now an inseparable part of the Instagram experience.

Before Stories, Snapchat was primarily revered for its ability to send media that would instantly self-destruct after viewing. It allowed users to send all kinds of content across to each other, knowing that there was no way the receiver could save it. Taking screenshots was prohibited too, as an extra layer of security. Instagram got in on the disappearing photos and videos trend relatively late, though. 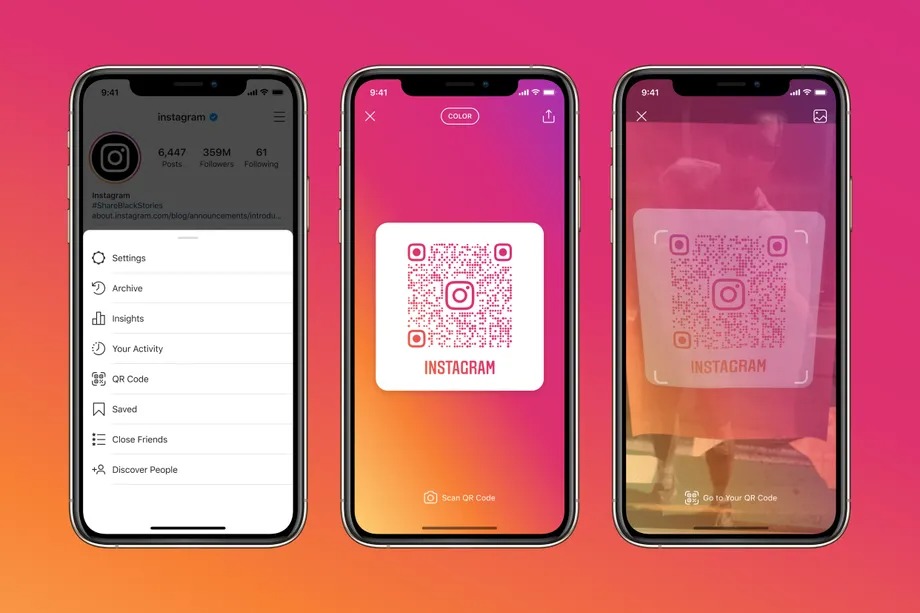 Many users found typing out a complete Snapchat handle into the search bar to be somewhat daunting. Therefore, Snap Inc came up with the idea of Snapcodes; a unique QR code that redirects users to your Snapchat profile upon scanning. It does, however, allow sharing your Snapchat profile en-masse a lot easier. Instagram’s Nametag feature is identical in principle, an easy-to-scan image that helps you put your profile out there without messy links/handles and whatnot.

It is quite common for users to get flat-out bored after spending extended periods of time scrolling through a feed. Snapchat’s Discover Feed aimed to alleviate some of that boredom by curating content for you, based on your browsing patterns. It also allows influencers to check what’s ‘hip’ and tailor their content accordingly. Instagram’s Explore tab is essentially Snapchat Discover Feed with a  fresh coat of paint. However, one can argue that it does a much better job of recommending content. We can largely attribute that to the power of Facebook’s secret sauce, more than anything else.