“The design in new Mi MIX 4 live image is similar to what we have seen in a previous image, with thin bezels around the screen”

The Mi MIX 4 has been a rollercoaster ride for fans of Xiaomi’s flagship smartphone series. From leaks showing off the design to executives quoted as saying the phone won’t be launched this year, the lack of clarity on the handset has kept everyone hooked. The latest word on the Mi MIX 4 was that the handset might still launch in 2019, and we could have a proof of sorts for that. A new alleged live image of Mi MIX 4 has surfaced online, giving us a fresh ray of hope that the handset’s launch may not be too far away. 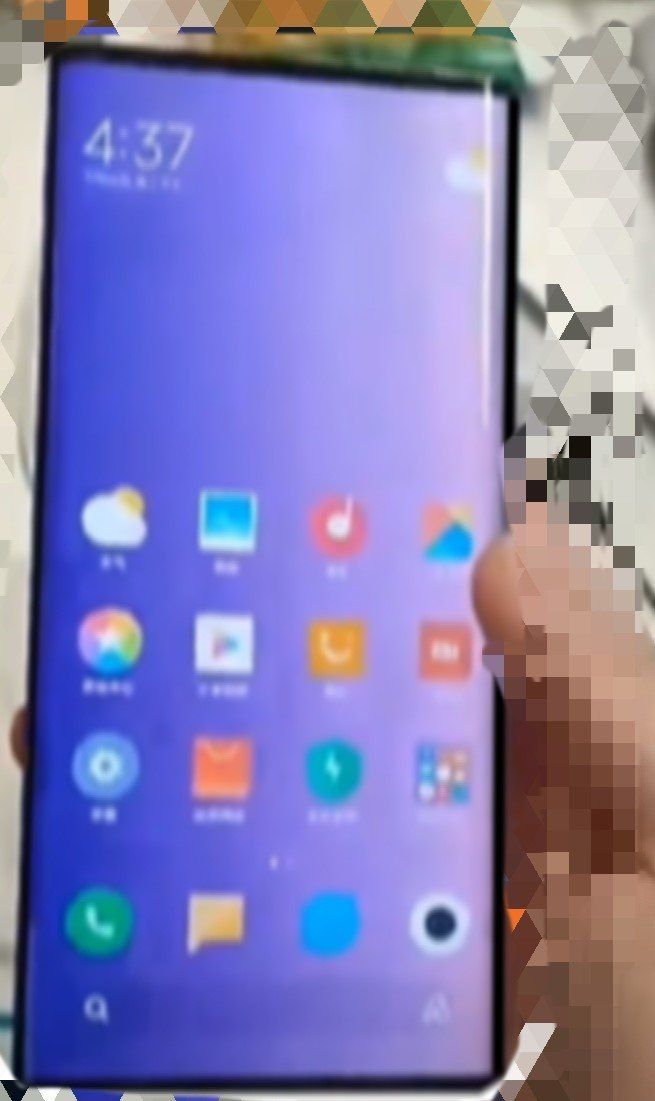 The alleged Mi MIX 4 live image was shared on Twitter by a Slashleaks contributor. The image shows the smartphone will have uniformly thick bezels around the (large) display, with no notch or punch-hole in sight to accommodate the selfie camera. Though quite grainy and not of the ideal quality, this leaked image is in line with a previous Mi MIX 4 live image that showed a narrow-bezel design. Unfortunately, there is not a lot of other information we can glean from this new image about the Mi MIX 4.

Mi MIX 4 specifications have been tipped in the past, showing it will be a top-of-the-line device that will be at par with the Mi MIX Alpha concept phone in most respects. These include 2K display, Snapdragon 855 Plus SoC, up to 12GB RAM, up to 1TB UFS 3.0 storage, 4,500mAh battery with 45W wired charging and 30W wireless charging, and NFC. The phone is tipped to have a 108MP primary rear camera will be backed by 16MP and 12MP sensors, along with periscope lens. The Mi MIX 4 is also said to have a ceramic body. The previous leaked image had shown the smartphone will support 4G VoLTE, though 5G is also expected.

Most of the specifications had been seen on the Mi MIX Alpha, which has a wraparound display with an astounding 180 percent screen-to-body ratio. After the launch of the concept phone, a Xiaomi executive in China had been quoted as saying that the company doesn’t plan to launch any other MIX series phone in 2019, shutting the door on the Mi MIX 4 for this year. However, just a couple of days later, the executive clarified that he had asked fans to not ask questions about the Mi MIX 4, not that it won’t launch in 2019. With a little over 2 months left for 2019 to conclude, there is still plenty of time for the brand to make the handset official, so stay tuned to 91mobiles for all the information around the smartphone.