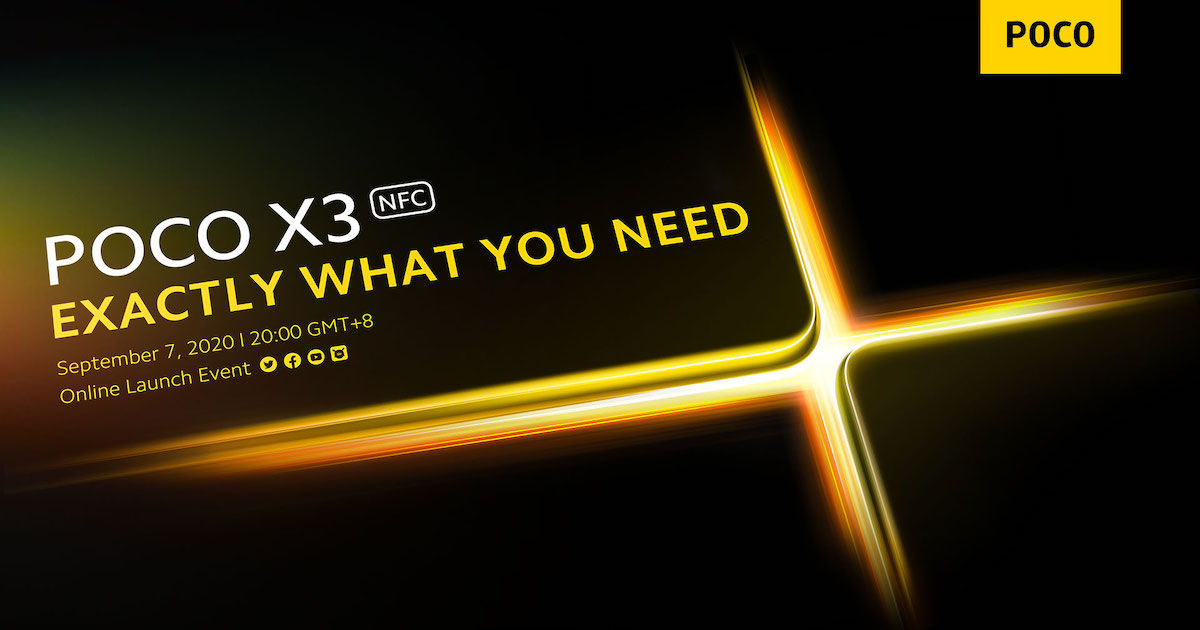 POCO X3 will launch globally on September 7th, the company officially confirmed on Twitter. The announcement comes just moments after Qualcomm launched the Snapdragon 732G chipset. POCO has announced that it will be the first brand to launch a phone with the Snapdragon 732G chipset and if rumours are to be believed, it will be the POCO X3. The POCO X3 has been teased over the past several days with the company confirming a high refresh rate display and 64MP camera system. Other specifications have also been leaked out.

Well, considering our #POCOLeaksKing @anguskhng has leaked everything already. We decided to make it all official!

The POCO X3 is set to succeed the POCO X2, which was launched in India back in February. Angus Kai Ho Ng, Product Marketing Manager for POCO, has been spearheading the “leaks” about the upcoming smartphone, confirming features like a high refresh rate screen, 64MP camera and also teasing the POCO X3’s design. Separately, a report by MiuiTurkiye leaked full specifications about the POCO X3, which are increasingly becoming true.

The report claimed the smartphone will launch with the Snapdragon 732 chipset. Qualcomm just announced the Snapdragon 732G and POCO has confirmed it will be the first to launch a phone with this SoC, so our money is on the POCO X3 being that phone. The POCO X2 successor is also tipped to come with a 6.67-inch screen with a 120Hz refresh rate. We believe it is an LCD panel as leaked renders show a side-mounted fingerprint sensor. Lastly, the POCO X3 may house a 5,160mAh battery and support 33W fast charging.