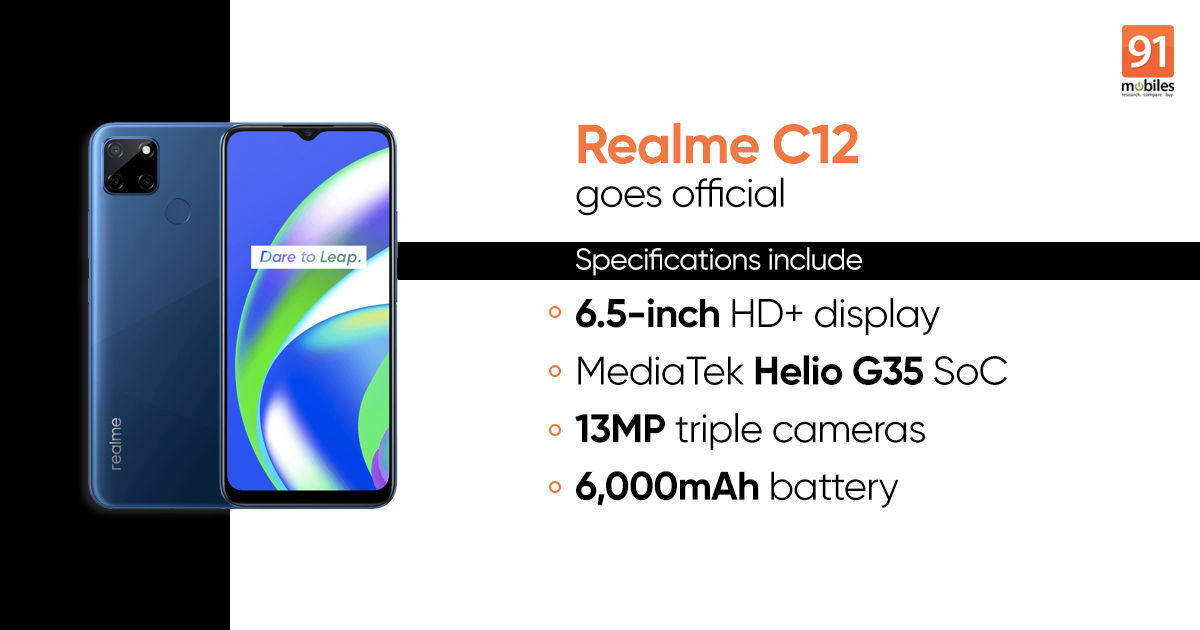 After Realme C15, the company has announced the Realme C12 in Indonesia. Both these phones are slated to launch in India on August 18th. While Realme C15 was launched as an affordable mid-range phone, the all-new Realme C12 is a budget offering with prices starting at around Rs 9,000. The handset shares a lot of the same design and specifications as the Realme C15. The Realme C12 specs include a 13MP triple camera setup, MediaTek Helio G35 SoC, and a rear-mounted fingerprint sensor. Here’s what you need to know about the smartphone before it launches in India.

Realme C12 price in Indonesia is set Rp 1,899,000 (approx Rs 9,500). This is for the variant with 3GB RAM and 32GB internal storage. It suggests that the Realme C12 India price will be under Rs 10,000. The smartphone is available for sale in Indonesia in Marine Blue and Coral Red colour options. 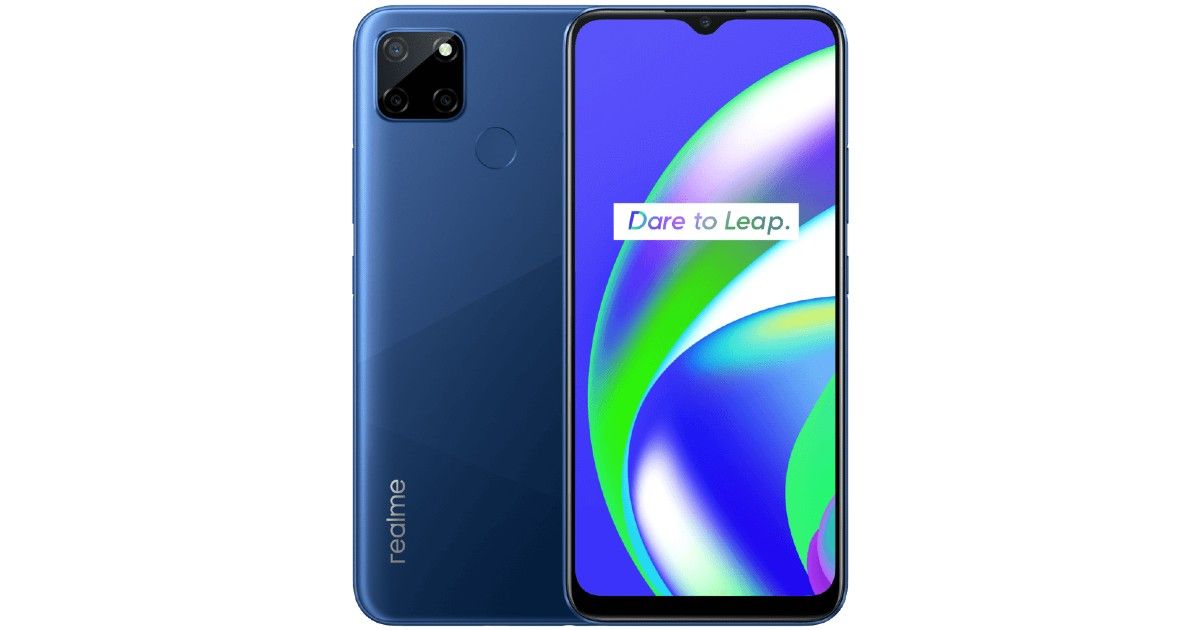 The Realme C12 features a 6.5-inch display with waterdrop notch atop and HD+ resolution. Around the back, the handset sports ‘geometric’ design with triple rear cameras housed in a squarish in the top left corner. The camera system includes a 13MP primary sensor and a couple of 2MP sensors for macro and B/W shots. The cameras are backed by Super Nightscape, Chroma Boost, Slow-mo video recording, and 1080p video support. The front camera of the phone gets a 5MP snapper.

At the Realme C12’s core lies the MediaTek Helio G35 chipset coupled with 3GB RAM and 32GB storage. There is a rear-mounted fingerprint scanner for security, and the handset runs Android 10-based Realme UI out of the box to take care of the software side of things. The phone is splash-resistant, has dual SIM support with a dedicated microSD card slot, and houses a beefy 6,000mAh battery.