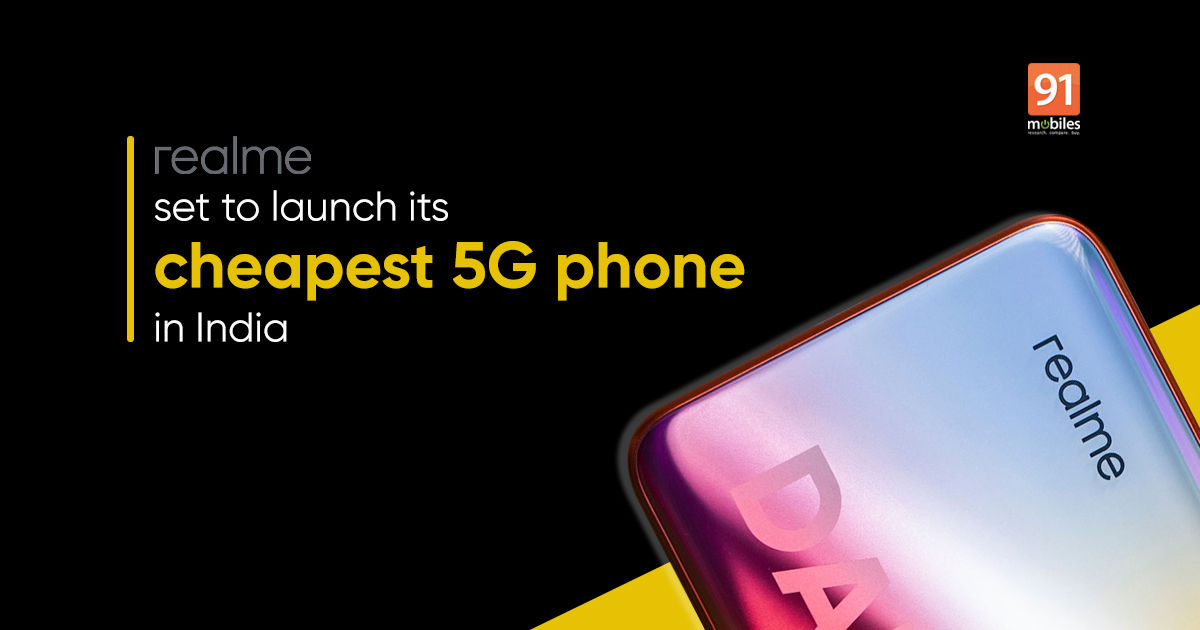 Realme X7 price in India starts at Rs 19,999, which makes it one of the most affordable 5G smartphones in the market. The company wants to democratise 5G in India and is planning to launch more affordable 5G smartphones in the country soon. In his latest tweet, Realme India CEO Madhav Sheth asked fans “should we make 5G smartphones even more economical”, which suggests the launch of a 5G Realme phone that is cheaper than the Realme X7. Sheth could very well be teasing the Realme Narzo 30 India launch, which is expected to be the next major phone from the brand in the country. Realme Narzo 30 price in India should be more affordable than the Realme X7 if history is anything to go by.

We made 5G smartphones affordable by launching the #realmeX7 at less than 20K.

Should we make 5G smartphones even more economical?

Realme Narzo 30 India launch date is yet to be revealed, but the Realme India CEO has already teased the phone’s arrival through an image that showed off the possible retail box design. As per a report back in December, the Realme Narzo 30 was tipped to launch in January, but that did not happen. We expect the series to launch in India later this month or in March.

Realme Narzo 30 specifications are still under wraps, so it is unclear whether the phone will be coming with a 5G chipset. Meanwhile, the Realme Narzo 30 Pro specs were spotted on TENAA this week, revealing that the phone will come with a 6.5-inch display, 4,800mAh battery, and Android 11 OS. The TENAA listing did not reveal the chipset as well, so we don’t know whether Realme is going with a 5G Snapdragon or MediaTek Dimensity processor. We expect to learn more about the Realme Narzo 30 series in the coming weeks.