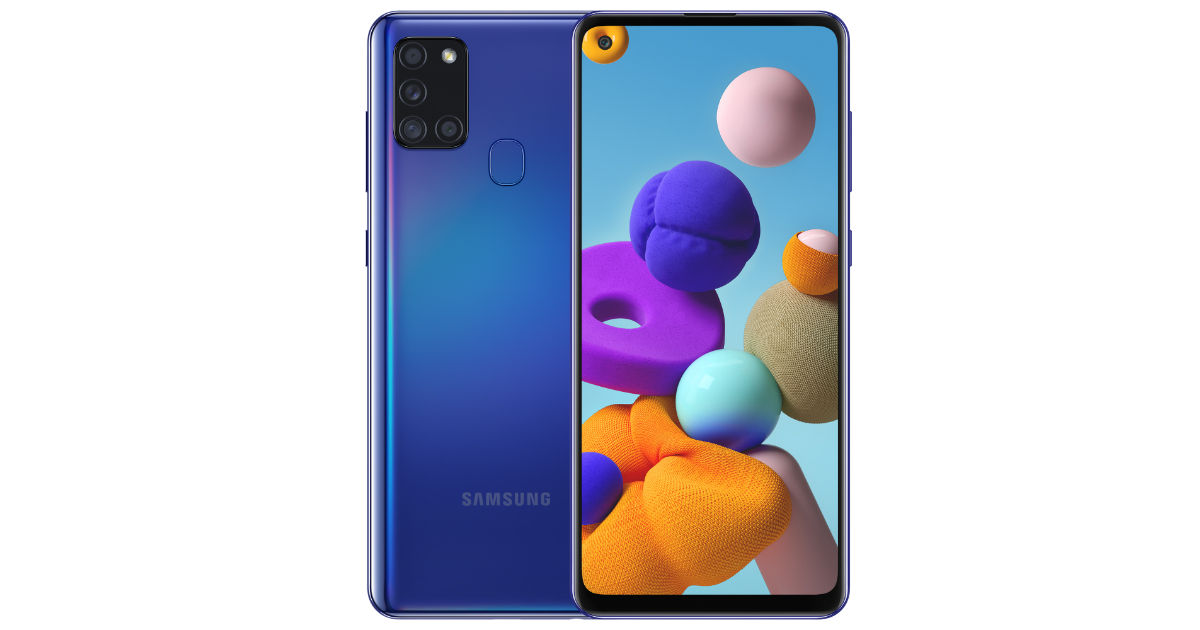 Samsung Galaxy A21 will be one of several smartphones that the company plans to launch in India soon. 91mobiles has learned from tipster Ishan Agarwal that Samsung will be bringing the Galaxy A21s to India, possibly later this month, although an exact launch date is still unknown. The company has already confirmed the India launch of the Galaxy M11 and Galaxy M01 budget smartphones on Tuesday, June 2nd. The Samsung Galaxy A21s was globally announced last month with specifications like 48MP quad cameras, a 5,000mAh battery and a punch-hole display.

Samsung Galaxy A21s price in the UK is GBP 179, which is roughly Rs 16,700 in India. This is the price for the 3GB RAM and 32GB storage variant. In India, we expect the Galaxy A21s to launch at a more aggressive price point given the competition in the market from the likes of Realme and Xiaomi. The Galaxy A21s comes in Black, White, and Blue colour options.

The Samsung Galaxy A21s sports a 6.5-inch HD+ (720×1600) TFT Infinity-O display display. The phone is powered by an unnamed 2.0GHz octa-core processor coupled with 3GB RAM and 32GB internal storage with support for storage expandability (up to 512GB). The phone may launch in multiple configurations in India, but details about this are slim at the moment.

One of the highlights of the Galaxy A21s is the quad camera setup on the back. It includes a 48MP main camera, an 8MP ultra wide-angle lens, a 2MP macro lens and a 2MP depth sensor. Up front, the phone gets a 16MP selfie camera. The handset packs a 5,000mAh battery and supports 15W fast charging. It measures 75.3 x 163.6 x 8.9mm and features a rear fingerprint sensor and facial recognition.