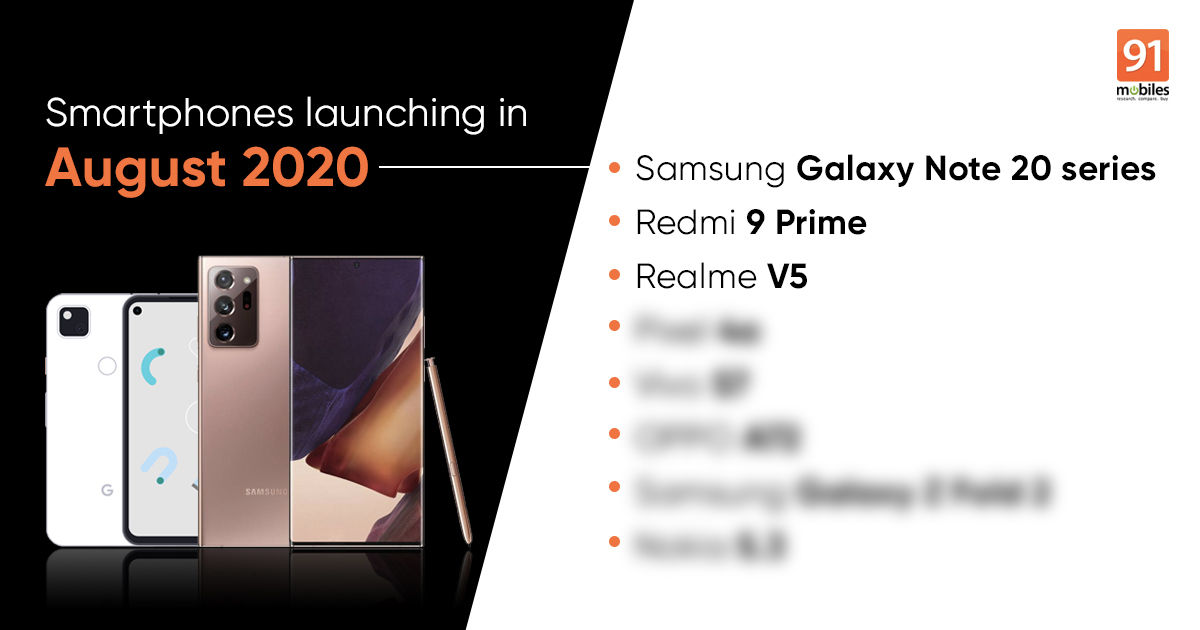 After a blockbuster July where as many as 15 smartphones were launched in India, the action now shifts to August, which is also expected to be a packed month. As always, the highlight of the month will be Samsung’s Unpacked event where the all-new Galaxy Note 20 series and Galaxy Z Fold 2 are expected. However, there are plenty more phones to expect this month as well, some of which have been confirmed. Xiaomi is slated to launch the Redmi 9 Prime in India, while Google will take the wraps off its long-anticipated Pixel 4a smartphone. Here are all the smartphones scheduled/ expected to launch in August 2020 globally and in India.

Redmi 9 Prime is Xiaomi’s upcoming budget offering, slated to launch on August 4th in India. The handset is expected to be the Redmi 9 global variant as the company has confirmed FHD display already. The phone is teased to come with a near bezel-less display with waterdrop notch atop, water/splash-repellent design, and ‘Prime Time’ gaming, camera, design, and battery. The Redmi 9 Prime specifications are expected to include FHD+ display, a MediaTek Helio G80/ G25 SoC, 13MP quad cameras, and a 5,000mAh+ battery. 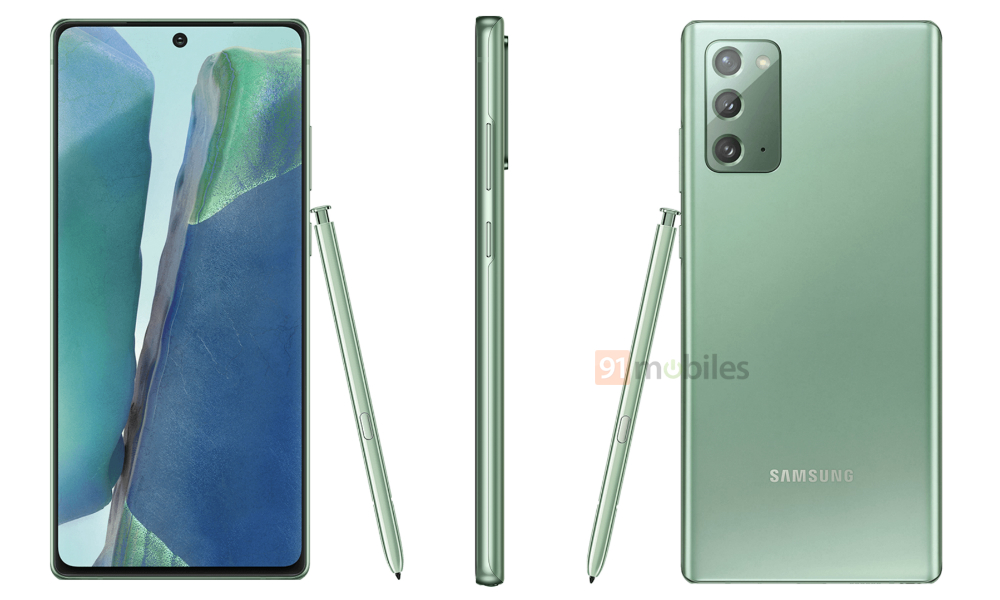 The variants that will be sold in India will likely ship with Exynos 990 SoC, while the US and China models are expected to come with Snapdragon 865 SoC. The flagships will most likely feature an in-display fingerprint sensor for security and up to 45W fast wired charging tech, 25W wireless charging, and 9W reverse wireless charging support. The Samsung Galaxy Note 20 series is tipped to pack 108MP quad rear cameras, LPDDR5 RAM, UFS 3.1 storage that could be expandable via a microSD card, and boot Android 10 OS with OneUI 2.5 custom skin on top. The Samsung Galaxy Note 20 series price is tipped to start at around Rs 87,700 in Europe. 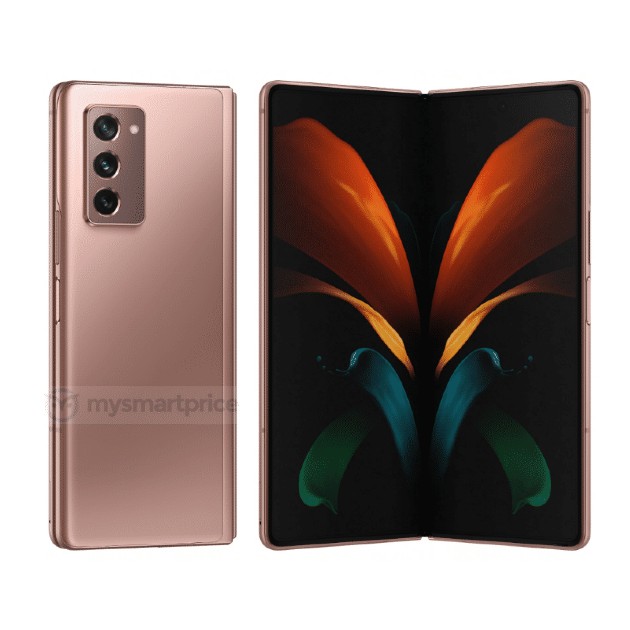 The handset expected to come in Mystic Bronze and Mystic Black colours and tout 12MP + 64MP + 12MP triple cameras at the back. The phone will reportedly ship with a 6.23-inch outer display and a 7.7-inch 120Hz inner display, most likely of Super AMOLED variety, 512GB storage onboard, 5G support, a 4,356mAh, and support for 15W wireless charging.

Vivo S7 is the upcoming S-series offering from the brand that is scheduled to launch on August 3rd in China. The handset is said to be a selfie-centric smartphone with 44MP primary sensor and 8MP wide-angle lens. Other specifications of the phone may include a 6.4-inch full-HD+ AMOLED punch-hole display with an in-display fingerprint scanner and ultra-slim bezels, Snapdragon 765G SoC, 8GB RAM, up to 256GB storage, and Android 10-based FunTouchOS out of the box. 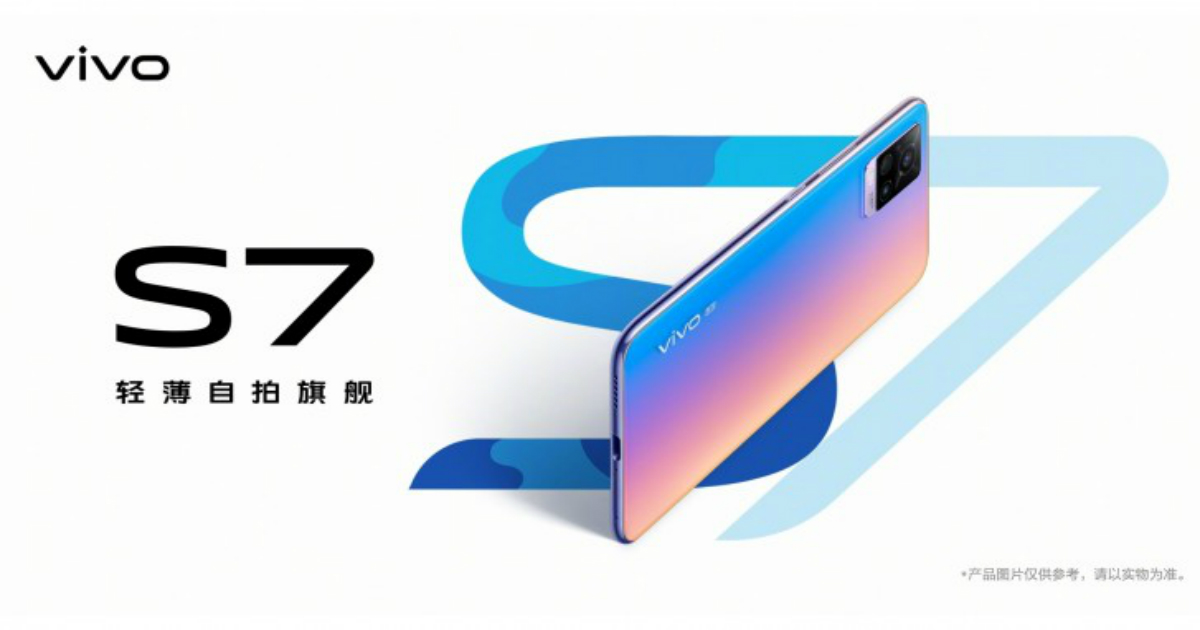 Additionally, the Vivo S7 will rock rear-facing triple camera setup that could be headlined by 64MP primary sensor paired with an 8MP super-wide-angle lens, and a 13MP tertiary sensor with a portrait lens. Connectivity features may include 5G, 4G LTE, dual-band Wi-Fi, Bluetooth 5.0, GPS and USB Type-C port for charging and data sync. As for the price Vivo S7 price, it’s said to start at RMB 2,998 (around Rs 32,100).

Google Pixel 4a finally has a launch date. Initially expected to launch back in May, the handset will now break covers on August 3rd globally. The smartphone will be a mid-range offering, succeeding last year’s Pixel 3a. Talking about the specifications, the Pixel 4a is expected to ship with a 5.8-inch full HD+ punch-hole display, Qualcomm Snapdragon 730 SoC, 4GB RAM, and 64GB storage, which may or may not be expandable. 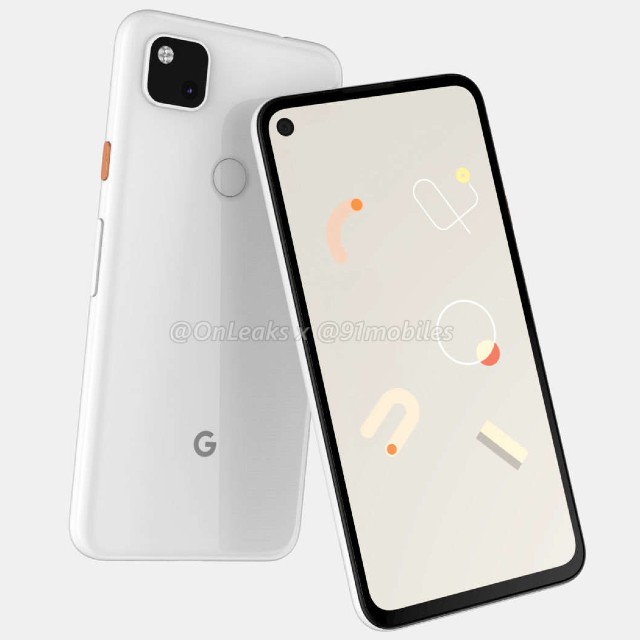 The Pixel 4a is likely to boot Android 10 OS but will eventually get Android 11 update down the lane. While the optic details aren’t clear, the phone is said to feature a single rear camera with an LED flash in the square module. The phone is expected to pack a 3,080mAh battery and support 18W fast-charging. The Pixel 4a price is tipped to be around $399, that translates to Rs 29,000 for the base model in Indian pricing. 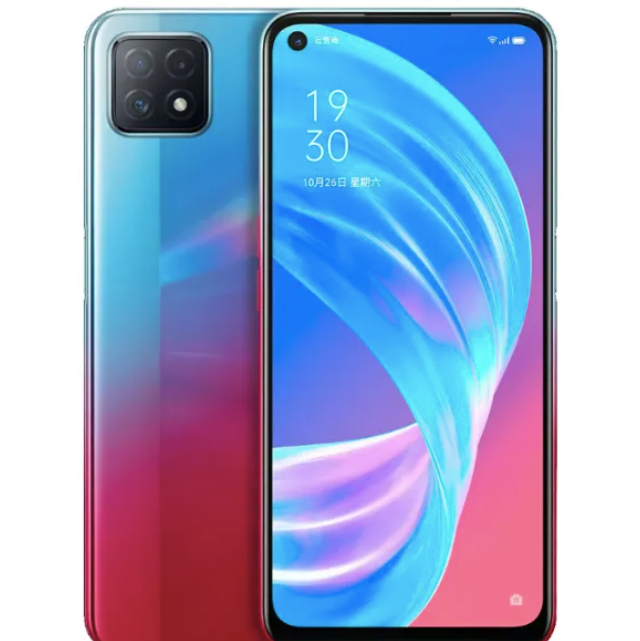 The OPPO A72 could break covers in India in August, although this hasn’t been confirmed yet. The handset was launched in China back in July, with MediaTek Dimensity 720 5G chipset, a punch-hole 90Hz refresh rate display, and a 4,040mAh battery. The phone also touts a unique gradient design at the back and has a triple camera setup that bears a 16MP primary camera. Other specifications of the phone include an 8MP selfie snapper, side-mounted fingerprint scanner, 18W fast charging support, and a 6.5-inch full-HD+ screen.

Nokia 5.3 is long-rumoured to launch in India and it may arrive in August, although the company is yet to confirm this. The handset was originally unveiled back in March globally and was later spotted on the Indian website. The Nokia 5.3 is an affordable mid-range with specifications such as Android 10 OS, a 6.5-inch HD+ waterdrop notch display, and Snapdragon 665 SoC. 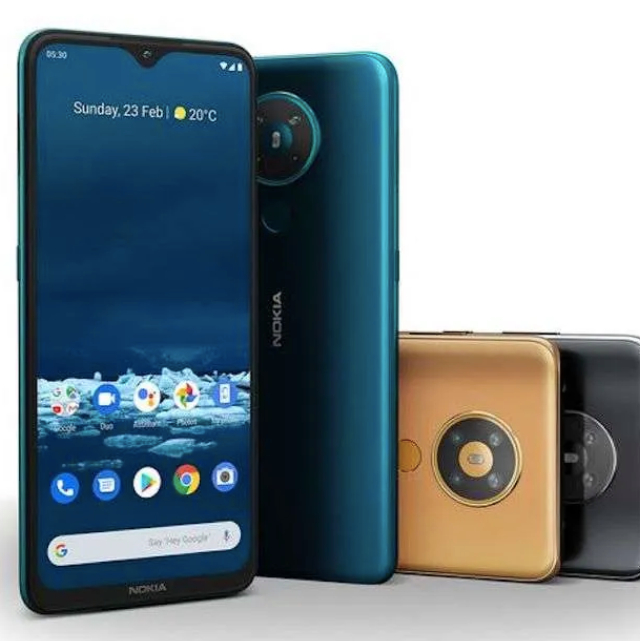 Additionally, the phone rocks a quad camera setup at the back consisting a 13MP primary sensor, a 2MP depth sensor for portrait shots, a 5MP ultra-wide-angle lens and a 2MP macro lens. Up front, the handset sports an 8MP snapper for selfies and video calling. The smartphone houses a 4,000mAh battery that promises a 2-day battery life and connectivity options such as 4G LTE, Wi-Fi, Bluetooth 5.0, GPS, USB Type-C port and NFC. There will be a rear-mounted fingerprint sensor for security and aptX HD audio.

iQOO is also expected to launch a smartphone in August, but details about this phone are slim at the moment. The handset is said to come with the new 120W fast-charging tech, which was unveiled last month. The charging solution is rated to fully charge a battery as big as 4,000mAh in 15 minutes.