91mobiles.com
Home Feature Here’s the full list of all ‘made’ in India smartphones; is your...
Highlights 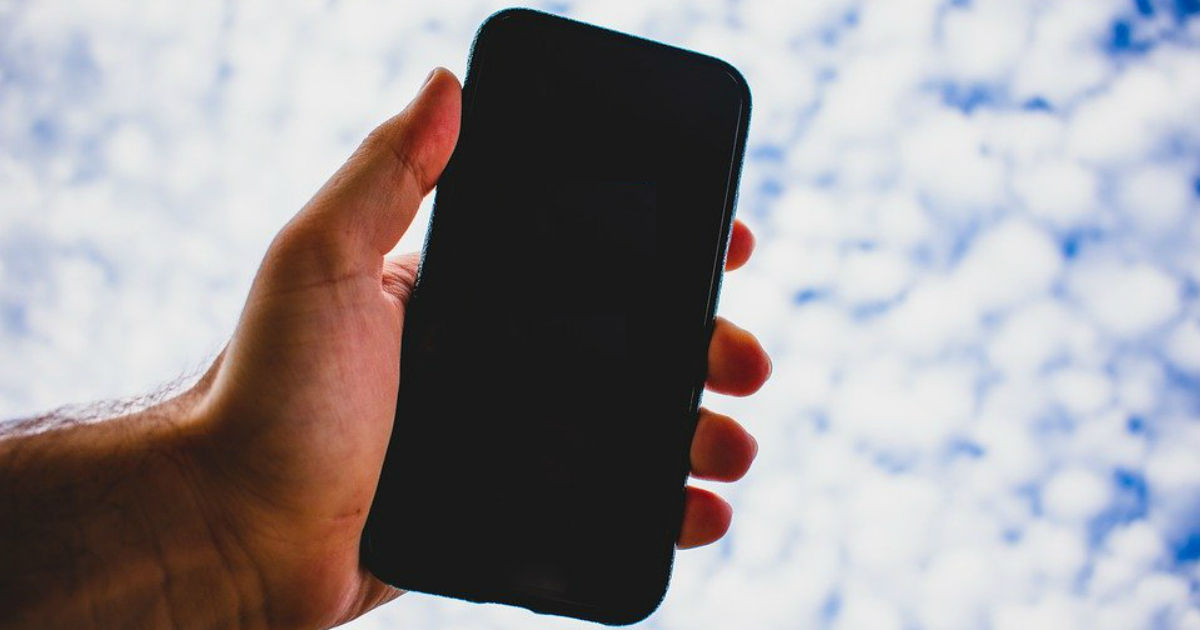 Boycotting China and Chinese products has been trending on social media in India recently, though doing so is a little difficult in the case of smartphones. The Indian smartphone market is dominated by China-based brands, with Chinese companies accounting for at least 73 percent of the smartphones sold in the country in the first quarter of 2020. Moreover, most of the smartphones sold in the Indian market are made locally, whether it is by China-based OPPO and Vivo or by South Korea’s Samsung, as part of Prime Minister Narendra Modi’s Make in India campaign. Companies like Xiaomi, HMD Global (Nokia), and Apple don’t make phones in India and instead use contract manufacturers to make smartphones locally. Nonetheless, the question on everyone’s minds is: exactly which smartphone models are made in India? To get some clarity on this, we have compiled a list of the recent smartphones that are made and sold locally.

Let’s move on to the list of smartphones made in India now, by brand:

According to the company, 99 percent of Xiaomi smartphones up for sale in India are manufactured locally through contract manufacturers like Foxconn and Flex. This applies to the Mi, Redmi, and POCO phones it sells here. In fact, the only Xiaomi smartphone that is made in China and imported to India is the Mi 10 – all other smartphones, right from Redmi 8 series to the POCO X2, are made locally. Xiaomi makes 3 smartphones per second in India, it said last year while inaugurating its seventh plant in the country.

Samsung operates the world’s biggest smartphone factory out of Noida where it has the capacity to make 120 million smartphones a year. It not only sells the smartphones made at this plant in India but also exports them to other countries. The company makes most of its smartphones in India, from the affordable M series to the premium Note series. However, the list of smartphones that are not made in India includes Samsung Galaxy S20, S20+, S20 Ultra, Galaxy Note 10 Lite, Galaxy S10 Lite, Galaxy Fold, and Galaxy Z Flip. Samsung makes these phones out of its plants in Vietnam and South Korea; it doesn’t have mobile phone production factories in China anymore.

Vivo’s Greater Noida plants can make 34.8 million smartphones a year and all the smartphones it sells in the country are made at this plant only. It also had plans of making India an export hub to supply smartphones to other countries. In November 2019, it employed 10,000 people at the plant with an estimate of increasing the workforce to 15,000 by mid-2020. However, the coronavirus pandemic could have halted this hiring target now that only 30 percent of employees are allowed to work in a factory due to social distancing norms.

The Greater Noida-based factory of OPPO can make 48 million smartphones a year; in August last year, the company had announced plans to more than double this capacity to annual production of 100 million units by 2020. It also planned to increase its workforce from 10,000 people to 15,000 by the end of the current year. All of the company’s smartphones sold locally are made in India; this list includes the new Find X2, which the company says is built locally. It also makes smartphones for its sister brands OnePlus and Realme. It also runs a Research and Development (R&D) Centre in Hyderabad to create India-centric features for its smartphones.

Realme directly employs 7,500 people in India and plans to take the figure to 10,000 by the end of 2020. It says it is in talks with suppliers to support domestic manufacturing; it sources 60 percent of the components used in its smartphones from Indian companies. All of its smartphones are made in India and it can produce 3.6 million units annually.

Headquarters: China
No. of employees in India: 100-500
Factory locations: Noida (assembly of OnePlus smartphones in India is done by OPPO)

OnePlus smartphones are made by OPPO in India and the company does not have a factory of its own in the country at the moment. However, it said last year that it plans to set up a production facility in India and will encourage its component makers to set up a base in the country. It operates an R&D centre out of Hyderabad, where it employs 100-500 people.

Apple uses contract manufacturers Foxconn (Chennai) and Wistron (Bengaluru) to make some of the phones it sells in India. Models such as iPhone XR, 7, (reportedly) SE 2020 are made in India, while the flagship iPhone 11 series as well as iPhone XS and iPhone 8 and 8 Plus are imported. In fact, it sells smartphones worth $1.5 billion in India but only iPhones worth $500 million are made locally. The rest are imported models. However, that might change soon.

It was reported in March this year that Apple is not willing to move smartphone production out of China to India because the supply chain here (despite the coronavirus pandemic halting manufacturing in China in the preceding months) is not robust enough to manufacture components such as high-end OLED panels. However, just two months later, it was reported that the company is now considering moving production to India and make iPhones worth $40 billion in the domestic market. In other words, the company is looking to make India an export hub.

ASUS has a factory in Sri City, Andhra Pradesh where it manufactures. However, the company did not clarify which models it makes at this plant. Nonetheless, we do know that its premium gaming smartphone, the ROG Phone 2, is imported to India.

The majority of Huawei and Honor smartphones sold in India are made locally, the company says. The company has tapped Flex to make these smartphones at its Tamil Nadu facility. However, the list doesn’t include its flagship smartphones or the latest Honor 9X Pro. The company also operates an R&D centre in Bengaluru that can accommodate over 5,000 engineers.

The headquarters of Motorola are located in Chicago, Illinois but the company as a whole is owned by China-based Lenovo. All of its smartphones sold in India are made locally at the contract manufacturer Flex’s plant in Tamil Nadu except for the flagship Motorola Edge+. On the other hand, the foldable Motorola Razr 2019 is made in India.

All Lava smartphones are made in India and it has shut down its design centre in China and will invest Rs 800 crore for design and development in India – the government’s performance-linked investment (PLI) scheme has made it cheaper for the company to design and develop smartphones locally. Its Noida-based facility can produce 36 million units a year; of this, roughly 24 million are exported annually. However, not all smartphones are meant for consumers – Lava acts as a contract manufacturer for US-based telecom operators and makes affordable smartphones them. It also makes handheld devices for medical use.

Micromax has been out of the smartphone game for the last couple of years, though it has launched a few models inbetween. However, it has been known for importing smartphones from China in the past and selling them with its own branding in India. The company recently announced it will launch three smartphones in the country soon, though it has not yet clarified whether they will be made in India or China.

Headquarters: China
No. of employees in India: N/A

Infinix, Tecno, and Itel are registered in Hong Kong but their parent company Transsion Holdings is based out of China. Infinix says all of its smartphones are made in India at its Noida-based plant and industry sources say 40-50 percent of the components it uses are purchased from local manufacturers. Neither Tecno nor its sub-brand Itel shared information about the location of assembly of their smartphones with us.

Made in India: manufactured or assembled?

Now that you have gone through the list of ‘made’ in India smartphones, it is important to understand the distinction between manufactured and assembled. When a company says it makes a smartphone in India or announces its ‘Make in India’ efforts, it refers to assembling smartphones at factories based in India. It is not possible, at present, to manufacture a smartphone completely within India. That’s because many of the components that go into a smartphone are manufactured outside India, primarily in China and South Korea but also in other parts of the world such as Taiwan, Japan, and Vietnam.

The reason companies, whether it’s China-based Xiaomi, OPPO, and Vivo or South Korea’s Samsung, source components from other factories based outside India vary. For one, factories based in India do not always have the technology to manufacture the more complex parts. For example, manufacturing Qualcomm Snapdragon chipsets – which dominate the processor segment – require foundries with chip fabrication tech that is not available in India. Bringing those to India will require investments running into several billions of dollars, as Xiaomi’s India marketing head Anuj Sharma explained on Twitter.

Another factor could be lack of natural resources – Sony, the biggest manufacturer of camera sensors in the world, has its plant in the Kumamoto prefecture of Japan because of the incredibly pure water that goes in making the camera lenses. So while some parts used in a smartphone camera system can be sourced from local manufacturers, the more critical parts still need to be imported because of this reason.

However, that’s not to say none of the components that go into a smartphone are manufactured locally. While the more expensive components, such as the chipset, display panel, RAM and storage chips, etc. are sourced from different countries, many other components are made locally. These include batteries, printed circuit boards (PCBs), frame, back panels, etc. PCB manufacturing, in particular, is important since it is the bed on which all critical components such as the chipset, RAM and storage chips, etc. are laid out and it accounts for about 50 percent of the cost of the smartphone when assembled. Companies like Xiaomi, OPPO (along with Realme and OnePlus), Vivo, Samsung, and Apple make PCBs in India.

What the government is doing to boost local manufacturing

One of the older clauses that Apple was against was valuing the machinery brought to India for local manufacturing at just 40 percent of its actual worth. This clause has been removed now, due to which Apple is now discussing multi-billion-dollar investments in India to make its smartphones. With a company like Apple — which uses more complex technologies than its peers to produce its handsets — setting up major facilities in India, local manufacturing capabilities can get a major boost.

However, getting a manufacturer like TSMC or Samsung to set up a fab to make the processor – counted among the most expensive parts of a smartphone – in India may be a little more difficult. That’s because setting up a foundry to fabricate the chip would require huge investments in not just technology but also in training people to handle that tech. And for the demand for a smartphone that is 100 percent manufactured in India cannot be fulfilled until chipset fabrication is moved to India.