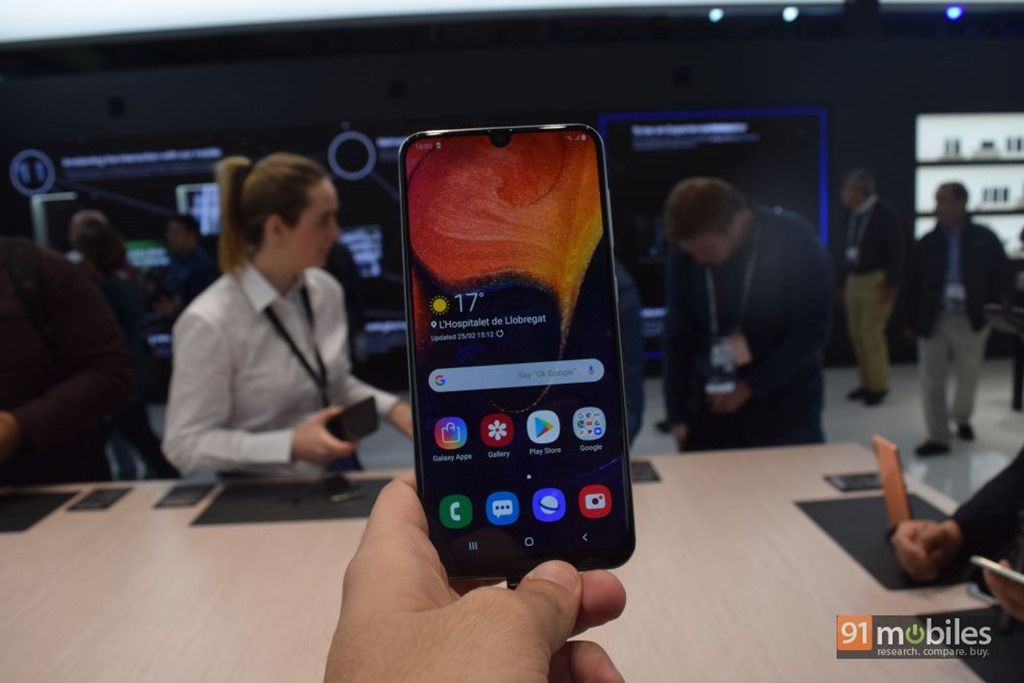 “A variant of Samsung Galaxy A40 codenamed as SM-A405FN/DS gets Wi-Fi certification, which hints at its imminent launch”

Samsung‘s new addition to its A series lineup, the Samsung Galaxy A40, has passed Wi-Fi Alliance interoperability testing yesterday. The certification has also revealed its software version. The smartphone will join the recently-launched Galaxy A10, Galaxy A30 (first impressions) and Galaxy A50 (first impressions).

Prior to this, in mid-January, the device popped up on the Geekbench, revealing some of its key specifications. The model number of SM-A405FN on the Geekbench appeared with the Exynos 7885 chipset and 4GB RAM. And the benchmark site also revealed that the handset will be running on latest Android v9.0 (Pie) OS. This time, the Wi-Fi Alliance Interoperability Certification has also shown the same software details of the device. 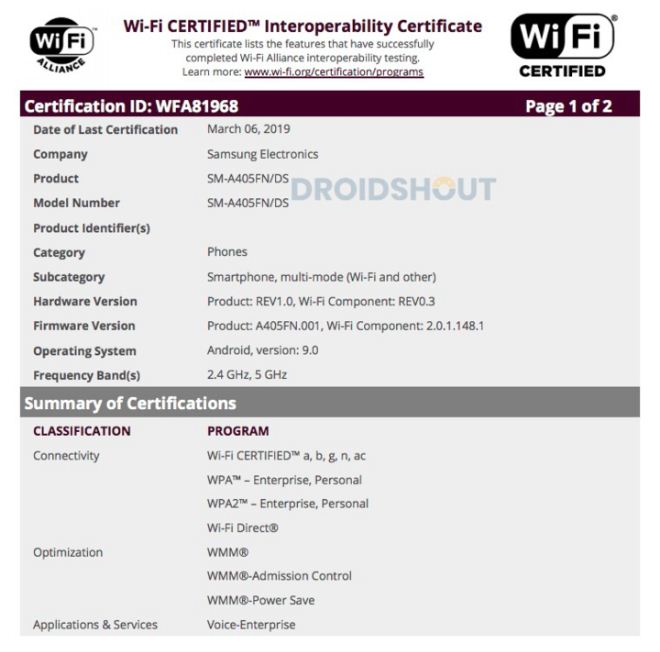 In later February, the support page for Samsung Galaxy A40 went live on the Korean smartphone manufacturer’s official site. On the same day, the brand introduced its three new devices Galaxy A10, A30 and A50 in India.

As per rumours, the Galaxy A40 is expected to feature a 6.4-inch Infinity-U Super AMOLED display with 1,080 x 2,340 Full HD+ resolution. However, no details are available about its camera configuration, their housing and alignment, apart from the fact the front camera will be housed inside the U-shaped notch at the front.

The Samsung Galaxy A40 will reportedly be coming to the UK, Germany, France, Scandinavia, Poland, Netherlands and several other Europen regions. We can expect to get more details about the smartphone in the coming weeks.